A Dietitian's Thoughts on Organic, the Clean 15 and the Dirty Dozen

Do the Annual Dirty Dozen and Clean 15 Lists have nutritonal merit? 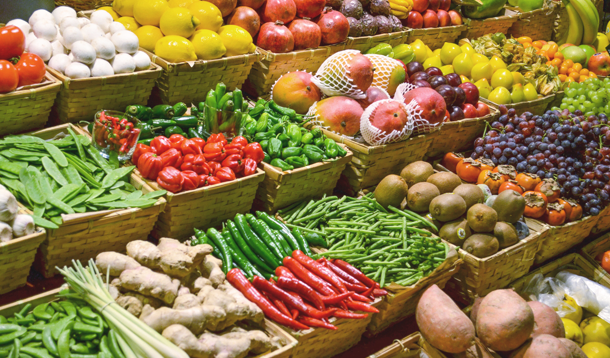 "Should I buy organic produce or not?"  is a very common question I'm often asked by clients and readers. My answer is usually prefaced with "I'm happy to hear you're eating fruits and vegetables!," with an explanation thereafter of why buying organic or conventional produce is a ultimately a personal choice. The truth is, eating produce regardless of whether it's free of pesticide residues or not is a GOOD thing. The benefits of eating a variety of fruits and vegetables on a regular basis far outweighs any risks to potential pesticide exposure.

But I will say this: I love the Environmental Working Group's (EWG) Dirty Dozen and Clean Fifteen lists because it acts as a handy shopping guide, indicating which fruits and veggies are worth splurging on (buying organic, if resources allow) and which ones to not worry so much about (buying conventional is fine). In other words, I wouldn't bother buying organic onions because they were tested to have low pesticide residues, whereas I often buy organic apples because they always test high.Regardless of what my personal grocery shopping strategies are, it was reported by USDA economists that organic produce sales spiked from $5.4 billion in 2005 to about $15 billion in 2014. The demand for organic foods is growing at warp speed, because consumers are worried about the potential effects of chemicals such as pesticides, herbicides and fertilizers, as well as potential decreased nutrient content in conventionally grown produce. These are valid concerns (and I personally share some of these concerns myself), but the literature on organic foods continues to indicate that there isn't much evidence that organic foods are significantly more nutritious than conventional foods. What's more is that the USDA's Pesticide Data Program's annual summary reports that "overall pesticide chemical residues found on foods tested are at levels below the tolerances established by the Environmental Protection Agency (EPA) and do not pose a safety concern." Yet there are other data indicating that the effects of pesticides and other chemicals are still largely unknown--they may be carcinogenic, they may cause disruptions to the nervous system, and they may affect our hormone and endocrine systems. Then again, the amounts that are consumed by humans through non-organic produce may be small enough as not to have a harmful effect though.

Confused yet? Because I am.

Until we have more conclusive evidence on the matter, it's best to eat fruits and vegetables. Period. We have decades of research to support doing this.  If you're like me though, and choose to buy some organic foods, choose wisely, so that you're not spending extra money unnecessarily.

Here are the key findings of the Environmental Working Group's 2015 analysis of pesticide residues in fruits and vegetables:

In addition, according the the EWG "two American food crops - leafy greens and hot peppers - were found to be of special concern for public health because residue tests conducted by the U.S. Department of Agriculture have found these foods laced with particularly toxic pesticides. Among the chemicals at issue are organophosphate and carbamate insecticides. These are no longer detected widely on other produce, either because of binding legal restrictions or voluntary phase-outs." Therefore, even though these foods weren't included in the dirty dozen list, the EWG highlighted them in a special "plus" section.

Dietitians of Canada recommends to always wash fresh vegetables and fruit thoroughly under running water to remove dirt, bacteria, and decrease any pesticide residues (although, it is unlikely that all pesticide residues will be removed). Organic produce should also washed thoroughly prior to consuming, to remove dirt and bacteria. It's recommended to remove the outer leaves of leafy vegetables and scrub root vegetables like carrots and potatoes to remove all dirt, especially if you will be eating the skins or peels. Up until now, there is no evidence that washing fruits and veggies with soap, special cleaning products or vinegar is beneficial. It can leave an aftertaste and don't kill bacteria or mould.

As mentioned above, when it comes to buying organic vs. non-organic produce, consider the scientific research that we have access to today, know that there is no right or wrong way, and do what is best for you and your family. Perhaps you will choose to buy some local fresh organic produce (using the dirty dozen list) during the summer months when they are more plentiful and affordable and not worry so much in the colder months. Maybe you choose to buy organic when you have some extra money in your grocery budget and not when money is a bit tighter. Whatever you choose to do, aim to eat and feed your family a variety of fruits and veggies throughout the week -- this is what really matters.

I post daily nutrition tips, articles and resources as well as healthy recipes over on my Facebook page. Feel free to check it out!

RELATED: How to Make the Best Homemade Baby Food