5 Kid-Friendly Ideas To Include Veggies In Family Meals

How to make vegetables fun and delicious for your kids 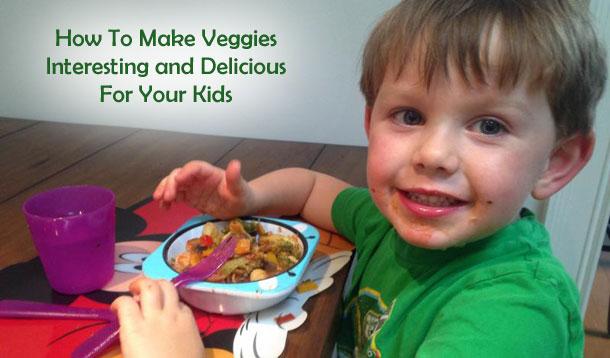 If there's one food group that tends to be the source of family food battles, it's vegetables. Veggies, especially the nutritious green ones, are often bitter-tasting and therefore don't appeal to children as much as other foods. As parents though, we do whatever we can to get our kids to eat some vegetables every day (even just a few bites!) because we know the nutritional benefits they provide.

It's easy to get caught in a rut when it comes to family meals — especially the veggie portion. Because this food group tends to be a tough sell with kids, it's important to come up with some easy, creative, and yummy ways to serve them. Here are some ideas:

I find that some moms are hesitant to admit they use dips when serving vegetables, such as ketchup, ranch, Caesar, and even hummus. For some reason, "dipping" is often translated into "cheating."

You won't catch me munching on raw broccoli or cauliflower without some sort of dip, and you certainly won't see my kids eating them plain either. Let's be honest — they are boring and dry. Add some flavour and fun by serving two or three types of cut-up raw vegetables in different shapes and sizes, with two or three dips such as hummus, salsa, tzatziki, or ranch. If you have a wee one, try steaming (and then cooling) the vegetables first so they are a bit softer but still dippable.

Tip: I find it easiest to rinse and cut up veggies as soon as I get home from the grocery store or market. That way I can pull them out (along with dips) when my kids are getting hungry before dinner. There are countless benefits to including your kids in meal-prep. Give your kids the job of "veggie picker" for the meal — let them choose which vegetables are included in the meal, and how they are cut (cubes, sticks, coins etc.).

Instead of asking your child which vegetable he wants tonight, ask him to choose three colors out of five, for example, "we have green cucumber, orange carrots, red peppers, green snap peas and red tomatoes. Which three would you like to include in our dinner?" That way, you're giving some structure, but this still gives him some power and control over what he is eating.

Let your kids also choose how they are served. Toddler and preschool-aged kids tend to be particular with how their food is served, for example, having their peas beside their macaroni and cheese as opposed to in their mac and cheese. And in many cases, once one food has come into contact with another, in your kids eyes, neither food is edible anymore, which can sometimes translate into a mealtime meltdown.

3. Let everyone serve themselves

We have just started serving meals "family-style" and it's been fantastic. What it means, essentially, is placing all of the food that is being served for dinner on the table and allowing everyone to plate their own meals—including your kids. We usually remove most of the food after everyone serves themselves and place it on the counter, but leave the veggie dishes on the table.

Although my one-year-old daughter isn't old enough to partake quite yet, it's been great to see how my son's palate has evolved. The other night, he chose (with no pressure or prompting) vegetables that he has previously rejected for months and ate them all with some dip.

Plating their own meal, without pressure or prompting, gives kids a sense of control, which often translates into eating more and trying previously rejected foods.

Frozen vegetables are often overlooked because it is assumed they are less nutritious or of lower quality than fresh veggies.

In fact, frozen vegetables are often more nutrient-packed than store-bought fresh vegetables because they are flash frozen at peak ripeness, which is when they tend to be the most nutrient-packed. Although the first step to freezing vegetables is "blanching" them — exposing them to steaming hot water to kill bacteria and stop the action of food degrading enzymes, which can cause some of the water-soluble vitamins such as Vitamin C and B Vitamins to break down and leach out — the subsequent flash freezing of them essentially "locks" and preserves most of the vitamins and minerals, rendering a very nutrient-dense vegetable.

Tip: Frozen vegetables are a quick and easy option for busy weeknights. Our favourite frozen veggie by far is peas — they are the perfect finger food and both of my kids love them. I often add them in right before serving a hot dish like macaroni and cheese or a casserole, to not only boost nutrition, but cool the kids food down before they dig in! Vegetables don't always have to be a side dish. They can be included in the main dish as a sauce, in a hearty casserole, in soups, in egg dishes and as part of main-dish salads.

An easy way to get extra veggies into everyone is with pasta sauces. Everyone loves pasta, and it can be a quick and easy meal to make. I often make classic spaghetti with lots of extra vegetables added to the sauce, but am always looking for new, healthy, and yummy pasta dishes to try out.

This Vegetable Medley Pasta was a hit with the whole family (my three-year-old even asked for seconds!) and I felt great about serving it because it was so nutritious — there was no need for a salad or raw veggies on the side, because the sauce was so jam-packed full of vegetables. Serve over pasta of your choice. We know how important it is for our kids to eat a balanced, healthy diet that includes vegetables. However, getting your kids to eat a variety of veggies is no easy task. Having some creative tricks and ideas, like the ones mentioned above, up your sleeve can take the pressure off of everybody and increase the chances of your kids not only trying previously rejected vegetables, but growing to love them. 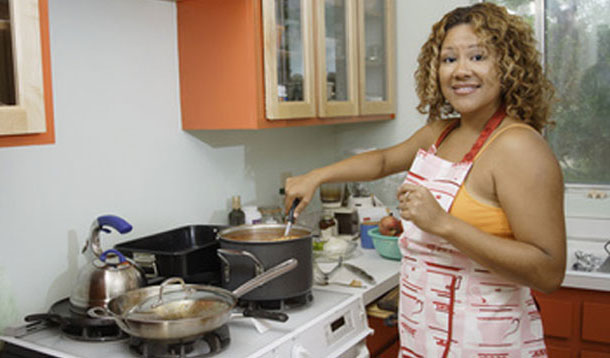 How can you turn a few minutes of reading into hours saved in the kitchen?

Visit 'Family-Friendly, Everyday Cooking Ideas' where we’ve teamed up with Club House to create a page filled with tips and recipes to help you whip up healthy meals in a flash.

This is proudly sponsored by our friends at Club House.
www.clubhouse.ca