How To Properly Fuel Your Young Athlete: Part One 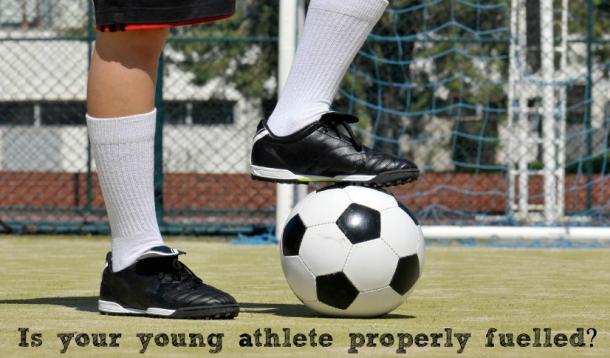 Feeding children can be tricky at the best of times, but when you have a child who participates in competitive sport—whether it is swimming, hockey, dance, or soccer—it can be even trickier to make sure that he is eating and drinking enough to meet his fuel and hydration requirements for normal growth and development, as well as his increased energy needs. Throw in school, other extracurricular activities, some travel, and perhaps a touch of picky eating, and you've got yourself a hefty challenge.

First and foremost, you want to make sure that you're offering your child a balanced, healthy diet made up of mostly whole foods—fruits, vegetables, whole grains, and lean protein options (meat, fish, eggs, beans, lentils, dairy, nuts/seeds, etc.)—to ensure that he gets his recommended macronutrients (carbs, protein, and fat), as well as micronutrients (vitamins and minerals, such as calcium, iron, and vitamin D).

Your little athlete has higher energy requirements than the average child (anywhere from 500-1500 additional calories per day), so it is important that meals and snacks are being offered frequently (at least every three to four hours), and that they are—for the most part—energy AND nutrient dense. Three balanced meals and three to four snacks should be offered daily. Meals may need to be divided into two smaller meals depending on training schedules (this is often the case with early morning swimmers or early evening gymnasts). You also want to make sure that, whether they are training or not, they are drinking plenty of fluids to stay hydrated.

As a parent, it is important to follow Ellyn Satter's Division of Responsibility Of Eating, which means that you are responsible for the what, when, and where of eating, while your child is responsible for whether he eats and how much he eats. Regardless of your child's energy requirements, it's important that you help to nurture a positive relationship with food, so that he learns to eat mindfully for life. Reminding your child that he has higher energy requirements than some of his friends because of his sport is fine; however, constantly pressuring or coaxing him to eat more or choose certain foods over others may create bigger eating problems down the road. Encourage your child to get involved in preparing and cooking foods. If they have a hand in making it, there's a higher chance that they'll eat it!

When it comes to training days, your child will eat a bit differently than a rest (or light training) day, because he will need to strategically fuel and hydrate for before, during, and after his sport, depending on the type of sport he is in, as well as how his digestive tract handles food before activity. This becomes even more challenging on competition days or when travelling. I will talk more about timing of meals and snacks pre- and post-sport as well as travel days in "part two" of this series. In this post, I'm going to outline the basics of sport nutrition for young athletes:

The #1 Most Important Fuel Source For Young Athletes: Carbohydrates

Carbohydrates, despite the bad rap that they have gotten over the past few years, are your child's number one most important fuel source and should take up about 45-65% of your child's diet. Your child will not be able to perform his sport, or any activity for that matter, without them. Carbohydrate-rich foods, such as fruits, certain vegetables, milk and yogurt, whole grains and starches, as well as the carbohydrates in beverages such as sports drinks, will fuel your child's brain and muscles before, during, and after activity.

Sugar is sugar. All forms of carbohydrates, whether they are coming from a healthy food or unhealthy food, turn into "sugar" (glucose, or fructose in the case of fruit) after they are digested. This sugar is then used as a fuel source that your child will use during activity. Many parents worry about their child's sugar consumption, which is a valid concern considering the rising rate of obesity and chronic disease in young people. When your child is a competitive athlete, though, he  requires more fuel (carbohydrates) than most kids because of his increased energy requirements. Fueling with carbohydrate-rich foods and beverages should be of top priority before, during, and after training or competing in his sport.

Protein—coming from meat, poultry, fish, dairy, nuts, seeds, beans, lentils, and soy—is the building block for muscles and other body tissues, and it's important that your child consume enough to support these tissues, as well as normal growth and development. Protein can be used as an alternate fuel source for athletes who have depleted their carbohydrate stores; however, it is not the ideal or preferred source of fuel for athletes—carbohydrates are. Protein has been put on a pedestal at the same time as carbs have been demonized in the media, and although crucial to a young athletes diet, protein should not be over-eaten at the expense of carbohydrate-rich foods. A young athlete's diet should consist of only about 10-20% protein (certainly no more than 30%). Young athletes shouldn't eat too much protein before an event or training session, because it is digested slowly and may cause stomach upset. After training or competition is when your child will reap the benefits of protein the most.

Dietary fat plays many important roles in the body. Fat helps with the absorption of fat-soluble vitamins (A, D, E, K), it protects organs, and it provides insulation. Fat also provides the feeling of fullness after a meal (protein does this too). It is a calorie-dense source of energy, but is more difficult to use as energy. Total dietary fat should comprise about 25% to 35% of total energy intake. Good sources of fat include lean meat and poultry, fish, nuts, seeds, dairy products, and oils. Fat from chips, candy, fried foods, and processed baked goods should be minimized. Fat is another nutrient that should be minimized in the hours leading up to activity, as it is also digested slowly and may cause stomach upset.

As noted above, these three macronutrients (carbohydrates, protein, and fat) are digested at different rates. Carbohydrates are digested the quickest, followed by protein and then by fat. Because of this, your child will want to minimize protein and fat (as well as fibre) consumption right before training or competing to avoid digestive upset. I will talk about this more in Part 2 of this series.

Fluids, particularly water, are extremely important for young athletes—their health and performance depend on it. Fluids help to regulate body temperature and replace sweat losses during exercise. They also help your child stay hydrated when temperature and humidity are a factor, perhaps during the summer months or when travelling to warmer climates. When a child becomes dehydrated, their health is at risk, their risk of heat-related illnesses is higher and their performance suffers. To stay hydrated, it's important that fluids are consumed before, during, and after a training session or competition. The amount consumed depends on body size, age, and climate, but generally speaking, young athletes should consume about two to three cups (250 mL each) of water two to three hours prior to an event and 150-300 mL every 15-20 minutes during their activity, as well as plenty of fluids afterwards to replace any sweat losses (about 1.5 L of fluid for every kg of body weight lost).

For activities lasting less than one hour long, water is usually sufficient for hydration, however, for activities lasting longer than 60 minutes, or for activities taking place in hot, humid conditions, sports drinks containing 6-8% carbohydrate (such as Gatorade) as well as electrolytes are recommended to replace energy, fluid, and electrolyte losses. So instead of drinking water during exercise, sports drinks may be the way to go. Child athletes often don't drink enough before, during, and after sport, and as a result, become dehydrated. This is another reason why sports drinks may help—they are tasty and more appealing to kids, making it more likely that they will drink enough to stay hydrated. Although these products can come in handy for young competitive athletes, they are not meant for non-athletes or even recreational athletes. The excess calories and sugar in these products can increase the risk of unhealthy weight gain, as well as dental caries, therefore, they should be avoided.

I was lucky enough to tour the Gatorade Sports Science Institute at the IMG Sports Academy in Florida recently, to see first-hand how much research goes into the making of these Gatorade sports drinks and other sport fueling products. The academy, where hundreds of talented young athletes (as well as professional athletes) train year-round for their sport, and attend school, was incredible. Each young athlete who attends the academy is put through rigorous yearly metabolic testing at the Gatorade Sports Science Institute to figure out what their exact and personal energy and fuel requirements are for their specific sport. The results are then compiled and used for research purposes and to continually improve upon the quality of Gatorade products. I was very pleased to find out that highly educated Kinesiologists and Registered Dietitians (among other Scientists, most with PhDs behind their names) were doing the testing and research, as well as guiding the athletes in their training, nutrition, and hydration requirements. 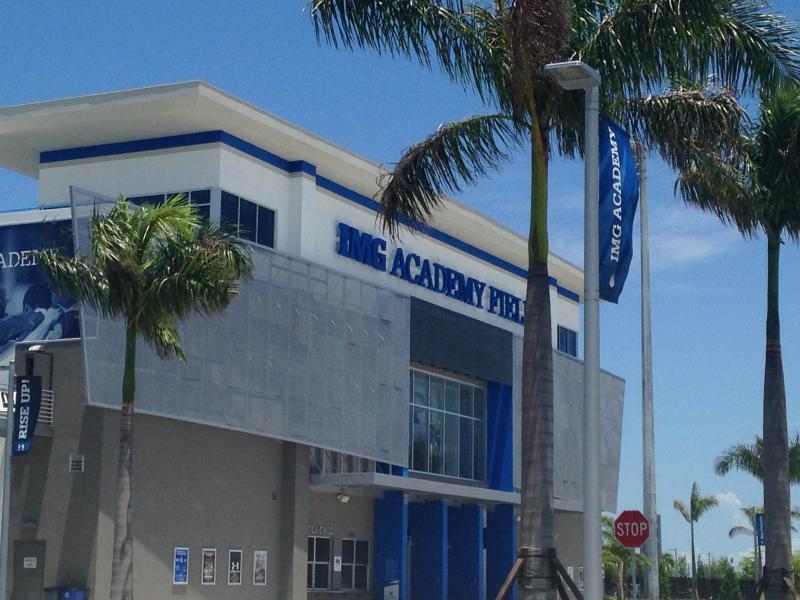 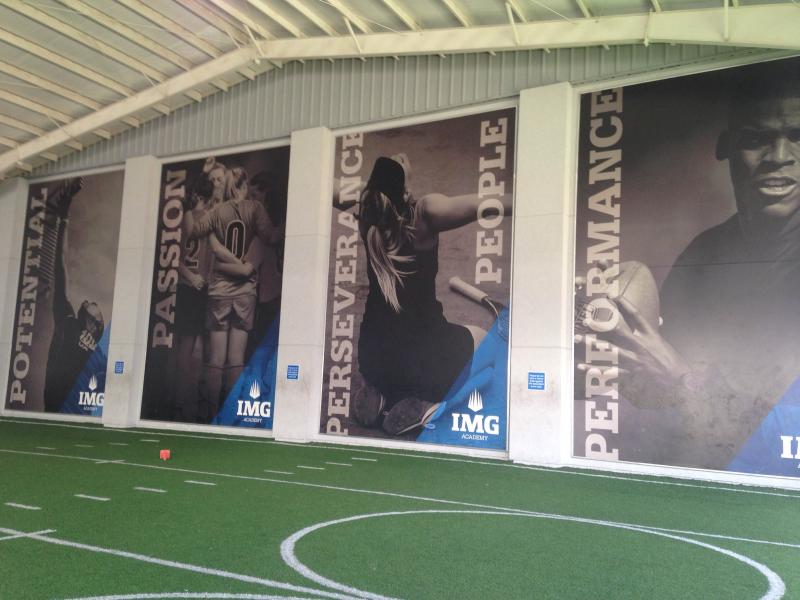 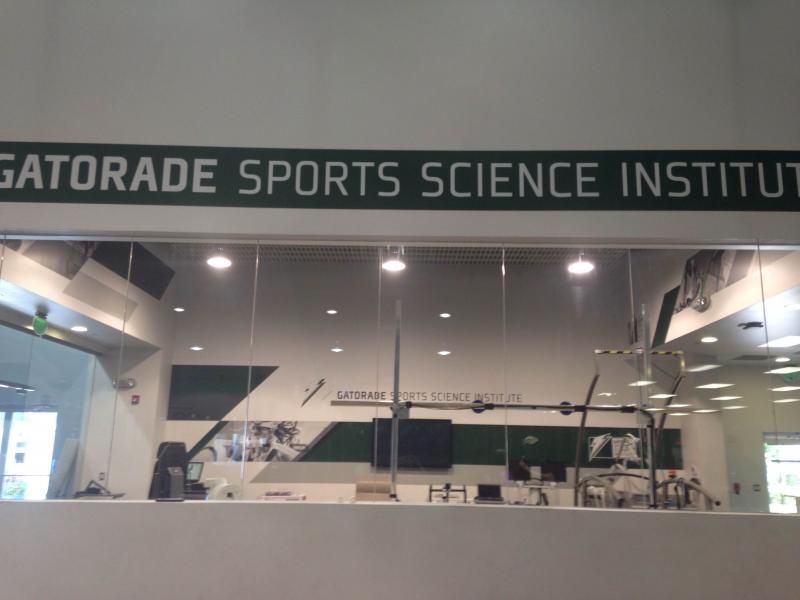 In Part Two of this blog series, I will cover what your child's nutrition and hydration requirements are before, during, and after training and competition, as well as travel days.
Is your child having a hard time focusing at school or at home? Here are six foods that will help your child concentrate.
Is It Okay To Hide Vegetables In Your Child's Food? Why this sneaky trick may make your "picky eater" even pickier.
Category:
Food - Nutrition
Tags:
Sarah Remmer
Sports nutrition for kids
hydrating for sport
sports drinks
division of responsibility of eating
gatorade
IMG Sports Academy
Gatorade Sports Science Institute
how to fuel your young athlete
sports nutrition
hydrate
hydration
staying hydrated
sports