Why You Need To Ditch The "All Or Nothing" Mentality

This type of thinking is sabotaging your weight loss goals 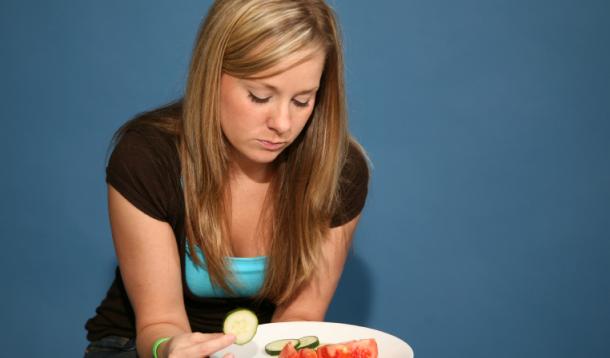 I just finished a session with a client who was feeling frustrated and defeated when she came in. This client has been struggling with her weight for years. And years and years. She's tried all of the "quick-fix diets" and has experienced some temporary success, only to fall back into old habits and eventually, gain more weight than she had before. Over the years, her metabolism has suffered from all of the yo-yo dieting, making it even harder for her to lose weight long-term. This client explained to me today, that every week when she weighs herself, she becomes discouraged, throws in the towel and "binges" on unhealthy foods. This can go on for minutes or days, but she says that she feels out of control and just doesn't care anymore. If she's not losing weight, what's the point?!

This Is Why You Won't Be Happier When You're Skinny

After asking a few questions and digging a little, we both realized that this client is an "all or nothing thinker." She either has a REALLY good day where she eats healthy balanced meals and snacks AND exercises, OR she falls off the wagon, eats a bag of potato chips instead of her snack, and throws in the towel for the rest of the day (or week), indulging mindlessly in high fat, high calorie foods. This results in intense feelings of guilt and over time, weight gain.

The truth is, if you want to experience healthy weight loss and sustain it, you have to ditch the "all or nothing mentality."

1. Give yourself permission to indulge. Everyday. It's important that you leave room in your day for something that you love, be it chocolate or a glass of wine, or other "unhealthy" food or beverage. Otherwise, you'll end up craving it so much that you'll eventually over eat, feel guilty about it and then try to "get back on track" the next day (or week). It turns into a vicious cycle of deprivation--> overeating -->guilt. When you allow yourself this indulgence—and I'm not talking an entire pint of ice cream, I'm talking 2-3 squares of dark chocolate or 1/2 - 3/4 cup of made-with-cream ice cream—it adds a bit of joy to your day and satisfies your craving so that you can move on. It CAN fit into your day without your weight spiraling out of control. I promise. It's when you deprive yourself of the food that you love and then binge on it that will eventually make a difference in your weight over time.

2. Get rid of your scale. Honestly, do it. It's not helping the cause—in fact, it might be hindering it. Any weight fluctuation that you see from day to day is going to be in water. You ate a salty dinner? You're up two pounds the next day. What you might translate this into is "failure" and then it may send you in to a potato chip free-for-all. If you weigh yourself once a month at the same time of day with the same scale, this will give you a truer reflection on whether you have gained, lost or sustained your weight (give or take a pound or two). If having the scale around tempts you into weighing yourself everyday or every 2nd day, get rid of it.

3. Don't throw in the towel. If you fall off track and eat 2 bags of potato chips, don't consider the entire week a write-off and promise to "start again" on Monday. This doesn't work. What will happen, is you'll have your "last supper" which may consist of one meal, one day or one week of over-indulging in "forbidden foods" before you start your "diet" (sorry-lots of quotes), only to fall off the wagon in a couple of days again. Instead, acknowledge that it wasn't the healthiest of choices, realize that it did nothing to effect your weight, and move on with your day, making better choices. It's one meal. Not a big deal. When it turns into a whole week of indulging, it becomes a bigger deal.

7 Tricks To Help You Become A Portion Control Pro

With all of the quick-fix low calorie, low-carb, low-everything diets out there, people tend to think that this "all or nothing mentality" is the only way to lose weight, but the truth is, it's not sustainable. Instead, stick with a plan that is realistic. Make sure to include some fun foods that aren't necessarily healthy. If you "slip-up" who cares. At your next meal or snack, get back on track. Not the next week.

Sarah Remmer: The Non-Diet Dietitian Why You Shouldn't Bribe Your Kids With Food