The Effects Of A Hunger Strike

This extreme form of fasting may just result in organ failure and ultimately, death 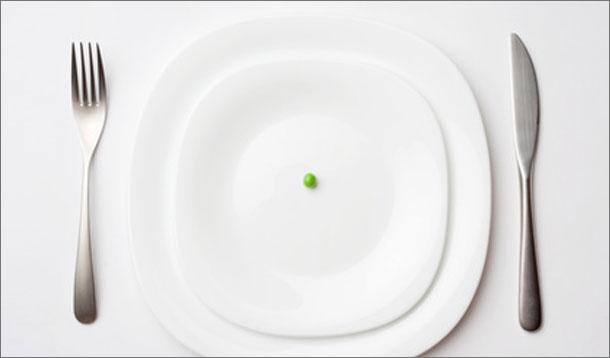 Theresa Spence, A First Nations Chief, is on Day 34 of her politically-motivated hunger strike, in attempt to set up a meeting with First Nations Leaders, the Prime Minister and the Governor General. No doubt, Chief Spence's health is deteriorating daily, considering the fact that she is depriving her body of calories, essential nutrients such as carbohydrates, protein and fat, and vitamins and minerals. This story is generating a lot of press, and I felt that it was necessary to write about the physical and mental effects of such an extreme form of fasting. Unfortunately, we live in a society of extremes—especially when it comes to weight loss and dieting—and although the motive behind this hunger strike may not be weight loss, this presents a good opportunity to address the potential harmful effects of depriving the body of food and nutrition.

Most adults need a minimum of about 1200 calories to keep organs, including the brain, functioning properly. This is not including the extra calories that are needed to support daily activities such walking, eating, or exercising. It is hard to say how many calories Theresa Spence is getting per day, but considering she is not eating solid food and only consuming fish broth, tea and water, I'm guessing it is between 200 and 300—on a good day. Fish broth contains appropriately 40 calories per cup, plain tea contains two calories per cup and water contains zero calories per cup. Depending on the type of fish broth, it may contain some fish oil which would provide Omega-3 fatty acids, but only about 1 gram of fat per cup. It may also contain some protein which would help to maintain bodily tissues and immunity, but at a very minimum.

Normally someone on a hunger strike would lose between 4-6 pounds per week (or more), which is much higher than the recommended rate of weight loss which is 1-2 pounds per week maximum. The body is not only losing fat, but also lean body tissue and muscle. Even though there is no source of sugar (or glucose) coming from food during a hunger strike, the body still needs to maintain a certain blood-sugar level to survive. To preserve protein stores (lean body tissue), the body converts fat into what are called "ketone bodies," which become the primary source of fuel during starvation. Being in a state of "Ketosis" for a long period of time is debatable health-wise and can cause certain side effects such as bad breath (think acetone). When the body finally turns to protein for fuel (muscle, lean body tissue, organs, skin etc.), it essentially eats itself, resulting in organ failure and ultimately death.

Some of the physical and mental side effects of a hunger strike would be general weakness, loss of concentration and focus, dehydration, hair loss, and skin breakdown, not to mention vitamin and mineral deficiencies such as anemia (iron deficiency).

As a Dietitian who is not a huge fan of any form of dieting, I cringe at the idea of someone subsisting only on broth, tea and water for any period of time, let alone weeks at a time. Ultimately, Theresa Spence is putting herself at risk of organ failure and death if she continues. My only hope is that this type of self-harm—which in this case comes in the name of political protest—does not become a trend or fad- for weight loss or anything else. Food keeps us alive. It is meant to nourish our bodies, our brains and our souls. I sincerely hope that Chief Theresa Spence discontinues her drastic hunger strike before it's too late, so that she can recover from her malnutrition. I also hope that it serves as a warning to anyone who is contemplating a hunger strike- it could potentially end in tragedy.