Can You Ever Really be Prepared for Your Baby?

We're in the Homestretch now! 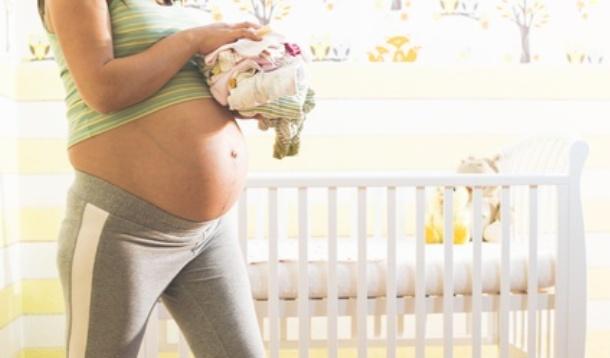 I'm having a baby.

No, I mean I'm really having a baby.

Being more than 30 weeks along now, I know this is something I probably should have realized a long time ago, but I didn't. It just didn't seem real.

During the first trimester, I was hesitant to get too attached in case we lost this one like we lost the last one. During the second trimester, it still felt like having this baby was a lifetime away, so there was no need to really prepare. But now that I'm in my third trimester? Holy crow, I'm having a baby!

There is still a bit to go, but once I got past 25 weeks where a fetus can be viable on its own, I started to realize this was a real thing. Then when I passed 30 weeks, someone congratulated me on making it past the point in my pregnancy where I would have had to have gone to London to have the baby had I gone into early labour (living in a small community, London, ON, is the closest big children's hospital). Then there's the bump. My husband still has a chuckle when I don't quite clear a table or a wall because I'm not used to the bump that is in front of me.

I'm really having a baby.

It's been an interesting journey so far. In the first trimester, I wouldn't say I had morning sickness. I was never actually sick, but I had a couple food aversions and just didn't feel like eating most of the time. Then there was the exhaustion. Man, was I exhausted.

The second trimester I felt better. I could eat again, but never really developed any cravings. I was slow to put on weight, which didn't concern my doctor too much because I was eating regularly. I began to plan my maternity leave. I could no longer sleep on my stomach, but didn't feel quite as exhausted as I did before.

Then the third trimester came. Still, very little weight gain (I know, I hate me, too), and that exhaustion was back with a vengeance. If only I could sleep at night. As the realization that I'm really having a baby has sunk in, I've also realized how behind I feel I am. We haven't really started the nursery yet. I'm not even sure what I need. My maternity jeans are getting tight, and winter is coming.

Before I know it, I'll be holding this little guy who loves to kick and elbow me all day. The only question is: Am I really ready?

RELATED: Must Pack Items for Your Maternity Hospital Bag

Sarah Foster: Between Two Parents Preparing for Your Christmas Due Date

Sarah Foster: Between Two Parents An Open Letter to the Newly Pregnant

Sarah Foster: Between Two Parents Can You Ever Really be Prepared for Your Baby?

Sarah Foster: Between Two Parents An Open Letter to the Newly Pregnant

Sarah Foster: Between Two Parents Preparing for Your Christmas Due Date

Sarah Foster: Between Two Parents Moms-to-Be: What You Need to Know About Fifth Disease