How I surprised my daughter with a Disney trip 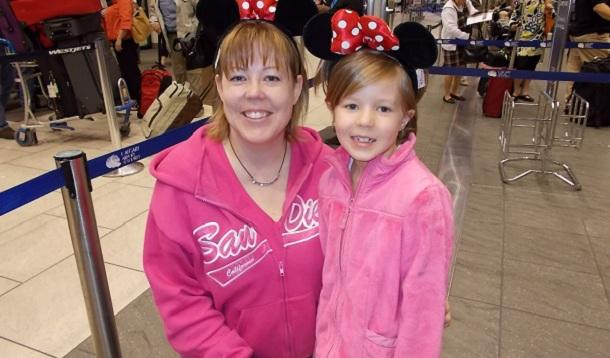 On Tuesday morning I surprised my 6-year-old with a trip to Disney World. Keeping that a secret for two months has nearly killed me, but it was totally worth it. Because we captured this with our video camera:

I am completely incapable of keeping a secret when it comes to gift giving. I generally wait until the very last minute to buy presents for my family and friends because I simply can’t stop myself from telling them what the present is or giving it to them outright long before the big day.

So the two months leading up to the trip were a serious exercise in self-control. The week before the trip I was offered a chance to travel with work for a few days, and I leapt at the chance to get outta town just so I wouldn’t have to be around my daughter! How sad is that?

Because she has been to Disney Land before and occasionally still asks when we’re planning on going again, I made a point to tell her that maybe next time we could go to Disney World. I explained just how much bigger World is than Land, all while keeping it very general and “someday”ish.

I’m pretty amped about this trip, and clearly, so is she. I’ll be posting about our adventures doing Disney World on a budget as I discover the best deals!