How to stop feeling guilty when people judge you 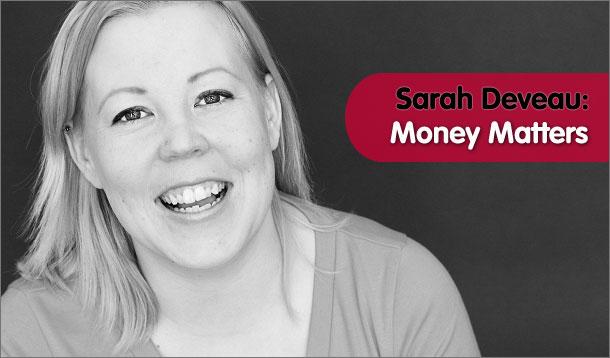 There’s a huge discussion happening on Maureen Turner’s blog post, Breast feeding versus formula feeding: a rant. A lot of the discussion revolves around shame, guilt and judgment, and I feel the need to comment.

I recently blogged about debating and in this post I blame our “bizarre fixation with caring what every Tom, Dick and Harry thinks about us,” for why so many debates turn emotional and vicious, where women “feel guilty” because someone they’ve never even met has judged them online.

As I say in that blog post, I believe the problem at the root of discussions about breastfeeding, co-sleeping and other issues is that we’re obsessed with having everyone in our sphere of influence approve of our every choice. When we encounter people who think we’re wrong, misguided or complete idiots, we’re devastated.

People are going to judge you. They will decide whether you’ve made the right choices or wrong ones. And sometimes they will be very, very vocal about their judgment.

But aren’t you teaching your kids that it doesn’t matter what other people think of them? That if people judge them on their race, sexuality, religion or choice of clothing that they should not feel bad or guilty?

I own my feelings. They are mine. And guilt is a feeling of which I am in total and utter control.

I feel guilty about not working out enough because I choose to watch television for three hours instead. I don’t feel guilty when I skip a workout because the day went sideways and I chose to spend my only free half hour unwinding in the tub.

I feel guilty about spending money eating out because I played on Facebook the night before instead of preparing a lunch.

I feel guilty about not drinking enough water because the damn water cooler is right outside my office door and I still don’t drink enough water.

I have what Meagan Francis calls “true guilt.” In her blog post, Is “mom guilt” false guilt? she writes, “According to the dictionary definition, guilt is an emotion of remorse or regret you feel in response to a wrongdoing, whether real or perceived. So the emotion you’re experiencing can only be true guilt if you really think you did something wrong.”

Guilt is a healthy feeling when it is true guilt and inspires us to change. If I feel guilty, I examine that feeling and decide what changes I need to make in my life to not feel that feeling again.

In her blog post Is shame a barrier to social change, PhD in Parenting blogger Annie writes, “While I do think a lot of guilt comes from within, I also know that societal norms and expectations are contributors to feelings of guilt and shame.”

We have GOT to GET OVER THIS! We need to be critical of those societal norms and expectations and review how they will fit into our lives and value. We can hear about what is “best” for us and choose another path and still love ourselves. We can hear other women very specifically tell us we’re shitty mothers because we work/don’t work, eat junk food/eat vegan, etc., and not internalize that criticism into feelings of guilt.

In another one of her posts, this one titled, Do inspiring blogs make you feel bad about yourself? Francis writes, “I have to own not just my choices, but the values that lead me to those choices. And I need to not just accept, but embrace my limits, and allow my priorities—my priorities, not anyone else’s—to guide the decisions I make.”

I would like to live in a world that isn’t so vicious and judgmental. I will strive to make this world less of these things.

But until that day, I CAN control how I react to it. I will not learn about the best way to do things and feel guilty because that’s not how I’m doing things. I refuse to feel guilty because someone who still wants to judge and shame has gone out of their way to judge me and call me names.

The next time you feel guilty about something, think on it a little more. If it’s not true guilt, let it go. You don’t have to take it on.