Are you following couponing ettiquete? 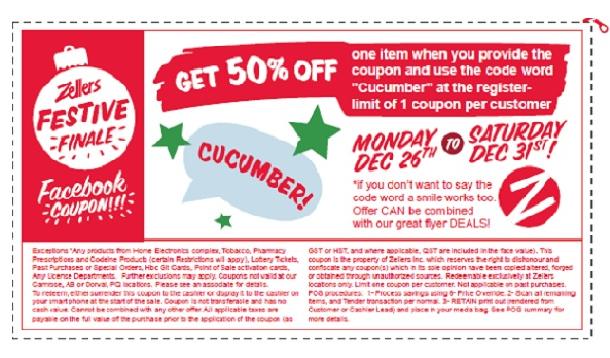 The Zellers coupon fiasco of last week ended with the company receiving more than a thousand comments on their Facebook page. The Cliff Notes version is that Zellers released an online coupon on their Facebook page that permitted one item per customer to be purchased at 50% off—and sale items were included. So the mattress pad I’ve been eying was 60% off, then 50% off of that price—a total steal of a deal. However, after three days the company changed the coupon terms to allow the coupon to be used only on regular price items.

While most customers were furious that Zellers changed their terms (which unfortunately they are legally permitted to do), others were mad at customers, like me, who “abused” the coupon and used it more than once.

So I asked on Twitter what you thought. Is it unethical to use a coupon marked One Per Customer by going through multiple registers or different stores?

Here are some of the replies I received.

@EastCoastKnits: I don't think it's wrong to use it a different time, no.
@jen2cee: if I can I would use as much as I could. Wouldn't everyone?#greedyme #coupon
@NanicaBrown: I usually do a one per day. Or if my hubby is along get him to do it. I rarely go through the line a second time.
@blondeonabudget: no way. I'll be going twice.
@oobinsnaffa: I'd do it. And if there's only one cashier, I often send my husband in after me, haha.
@mommyingaround:Haha. I've done that. Or send husband in for the other ;)
@shopwithrobin : Nope!
@ChantalSaville: yes

At one of the top savings blogs, MrsJanuary.com offers a description of Limit One Coupon Per Customer/Family, saying this means that you can only use one coupon per customer or family. If you want to use more than one coupon, you can only use one per store visit. Most of the other major couponing sites I found also said One Per Customer means once each time you are a customer – meaning multiple uses are fine.

The Coupon Information Center (CIC) offers consumer guidelines entitled Considerate Couponing where they discuss things that are strictly illegal (such as selling coupons) as well as etiquette tips. It addresses multiple transactions, saying “From time to time, some people may want to divide their purchases into multiple transactions. This is a courtesy that many stores provide and very helpful when picking up a few items for your friends or items needed for work or similar situations. However, buying a massive amount of product in one shopping trip, and then breaking up the “sale” into multiple transactions to use extra coupons or obtain extra discounts is simply bending the rules and is inappropriate.”

So I’m not breaking any laws, but I’m bending the rules. Maybe it’s a line in the sand. A friend recently posted on Facebook that she was charged $40 for her new laptop instead of $400, and wondered if she should call the big box store and let them know. I voted for yes. I’ll always return to a store if they mischarged me from the advertised price I expected to pay.

But leaving a store and returning multiple times to use the same coupon? I’m still sleeping at night just fine. On my $25.80 mattress pad that was originally priced at $129.

Going back to work

From stay at home mom to working mom

Going back to work 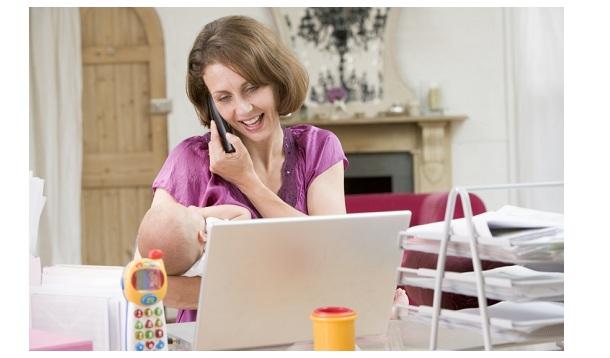 If you’ve ever read an article about working moms, or checked out an online forum or moms group about the issue, you know there’s this working mom versus stay at home mom debate. Millions of words have been printed trying to prove that there’s one perfect, ideal choice in the matter, and it can be scientifically proven. A recent study gained headlines for determining that working moms are happier than stay at home moms.

I’ve been home with my kids full time. I’ve worked full time in my own business. I’ve worked part time from home. And now, after 18 months of working part time from home, I’m going back to a full time corporate job. None of this qualifies me to tell you which one of those options would be best for you and your child. And neither would a degree in psychology or a hundred studies.

I don’t believe one way is objectively better. There is only which way is better for you and your family.

I’m so excited to go back to a full time job for awhile. I can’t wait to bring in even more bacon than I do now, and contribute towards some big financial goals we have. I can’t wait to pee in peace, talk to adults all day long, work in relative silence with an office door I can close without children hammering on it. I’m sure I’ll be thrilled to come home at the end of the day and have a few hours with the kids. It probably won’t feel like enough, but for me, the full time with the kids thing has been too much.

Some people like vanilla ice cream, others like chocolate. I’ve been a chocoholic on a diet of vanilla, and it’s killing me.

What I really don’t get is why women get so worked up over this issue. If you think every child is better off with mom at home (despite what that might mean to the family financially or to mom emotionally), then you should stay home. Why spend your time trying to make converts of those who disagree? Are you going to tell them what foods to feed their kids too? Instruct these mothers on how discipline their kids to your liking? Watch over them to ensure they’re doling out the correct (in your mind) displays of love and attention?

Because won’t those things have just as big an impact on the way our children turn out as whether  or not a parent is home with them during the day in their younger years?

I think the reason no one has this “right way” figured out yet is because the people debating this issue just haven’t gotten it through their skulls that an objective “right way for everyone” does not exist. It’s a myth. If there’s a way that worked fabulously for you, that’s awesome! Just don’t try to tell everyone around you, who have values, circumstances and emotions vastly different than you, that your way is the perfect way that will work for them. Because that’s just crazy talk. Your experience may help someone gain insight into their situation, or help them brainstorm a new idea, but they can’t copy and paste your solution because they can’t copy and paste your life.

Without disparaging other mother’s choices, I’d love to hear if you’re happy with your choice of working, staying at home, or a combination. 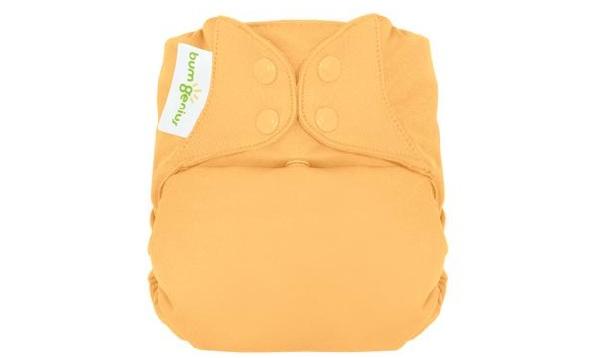 In a Moneyville article posted last week, a writer did the math on why she thinks cloth diapers are more expensive than disposable. While cloth diapers are certainly not right for every family, they make the most financial sense if you launder them yourself. Cleaning cloth diapers is not that much more disgusting than dealing with disposables.  Either way, you simply dump the solids into the toilet – a practice also recommended for disposables but not often followed – then wash the cloth diapers in the washing machine following the instructions provided when you purchased your diapers.

While I certainly don’t think cloth diapers are for everyone, such as those without washing machines at home, full time working moms who have enough to think about, etc. But this writer was misinformed about a lot of basic cloth diapering facts, and I’d like to set the record straight.

Over on my Money Smart Mom blog I break down her argument quote by quote. I’ll give you the highlights.

She estimates her annual cost of disposable diapers to be $648. Assuming she potty trains at age two and a half, she not only gets a medal, but will have spent $1,620 on diapers for one child.

She goes on to estimate the cost of cloth diapers, diaper pail, wet bag, laundering and costly disposable liners at $961 for a year. But as ANY experienced cloth diaper mama will tell her, cloth should cost no more than $740 in the first year (for top of the line diapers, laundering at home, diaper pail & wet bag and foregoing useless liners). And the second year? Laundering costs only. Third year? Laundering costs only!

The writer assumed laundering costs at $160 a year, and I’ll give her that, though I suspect it’s much less if you line dry (outside or inside). One assumption she made was that she’d change her baby 12 times a day. Sure, for a newborn. But it’s a rare parent than will change their 18-month-old’s diaper 12 times a day, and if you do, you can share the medal with her for potty training a two and a half year old boy. So as her child ages, the laundering costs decrease. However, you would change disposables less frequently too, and the laundering savings is likely similar to the savings she’d get from using fewer disposables which she didn’t account for. So it comes out about even.

If you plan on having more children, you may decide to invest in a few more diapers – let’s say $100 worth. Then again, your costs are laundering costs only.

Assuming you have two kids in diapers for five years total, you’ll spend $3,240 on disposable diapers. Cloth? That would ring in, including laundering, at $1,480. Environmental issues and single-use-only lifestyle discussions aside, it’s a financial no-brainer.