How To Spring-Clean Your Homework Routine

How To Spring-Clean Your Homework Routine 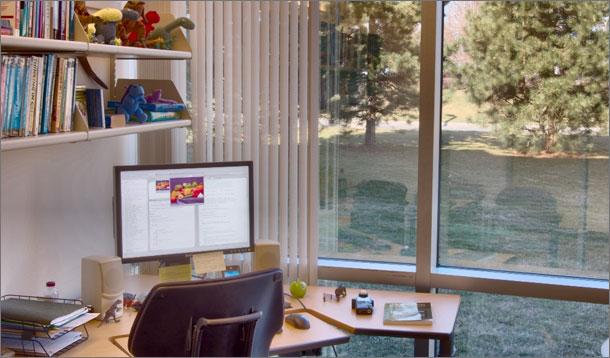 After spring break, we will be down to the last three months of school. Hard to believe, especially with mounds of snow still covering our city. We started off the year with resolutions around homework, but they didn't all pan out. Far from it.

Spring is the perfect time to start afresh. Just like neglected grime builds up behind the fridge, bad study habits can lead to piles of neglected homework. Here are 3 ways to clean up common bad habits around homework. Spick and span!

Your child does not have a scheduled homework time. Unless your child is super organized and motivated, this is a plan to fail.

Print off a schedule (like this one), and fill it in with your child. Include school and after-school activities. Assign a specific time slot for homework each day, or even break it up into a few time slots. You will see that it often doesn't make sense to have homework scheduled for the same time each day. Allow your child to find a realistic time slot for homework, and allow for flexibility within the schedule.

Your child hates every study space in the house. Even the kitchen table is despised.

Talk to your child about making a fun and appealing homework space. Think about how much more you enjoy working at a desk surrounded by comfort items you love. Here are a few ideas for inspiration: 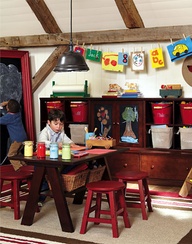 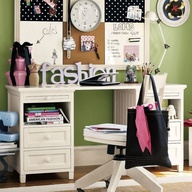 Your child can't do homework, because textbooks were left at school.

Consider borrowing a set of textbooks to keep at home. Sometimes schools will lend out extra copies, and sometimes public libraries will have copies you will have to remember to renew. It cleans up one more hurdle to completing homework.

I hope these cleaning tips put a little spring into your last three months of school!

Do your kids have the drawing skills to earn big bucks? 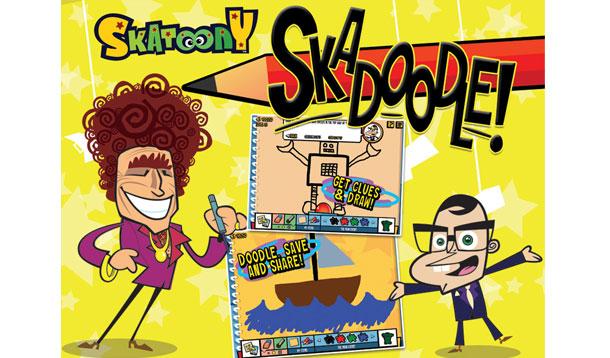 When you see kids tapping on iPads, do you presume they are turning their minds to mush? If so, you could be wrong. More kids and educators are using educational apps as a means of putting a new twist on learning. Educational apps often focus on practicing a specific skill set, whether in mathematics, language, or art. When practice includes unlocking levels and cool graphics, most kids don't even realize there is a learning component. Skatoony: Skadoodle, produced by content creation company marblemedia, is a great example of an app where learning and fun are at your fingertips.

Get ready to draw a picture in only three steps using three shapes. Impossible? Not if you follow instructions carefully: Draw a fat horizontal rectangle. Draw a semi-circle with its flat side up in the centre of that rectangle. Draw an oval inside the semi-circle.

Now, quick: What image did you make from those shapes?

Skatoony: Skadoodle is not about basic shapes for toddlers. We're talking trapezoids, verticals, horizontals, semicircles on the right, and spirals inside circles. Press the buzzer, and you have about 20 seconds to guess what image you've drawn. Hurry!

Guess correctly and you earn Skatoony Bucks. Save the bucks, and collect even more colour pallets and notepads.

Skadoodle Has A Whole Lot of Teaching Going On. Kids Learn:

How to draw and identify shapes

Kids can opt for the Free Draw option, allowing them to draw and save their own masterpieces. My daughter had fun concocting this masterpiece, inspired by a great book: She's saving her Skatoony Bucks to buy more colours for her drawings. Time to crack the next level!

Here's my daughter hard at work, carefully following instructions with shapes and lines. She's pretty sure it's an igloo, but she'll have to press the buzzer to find out if she's right. 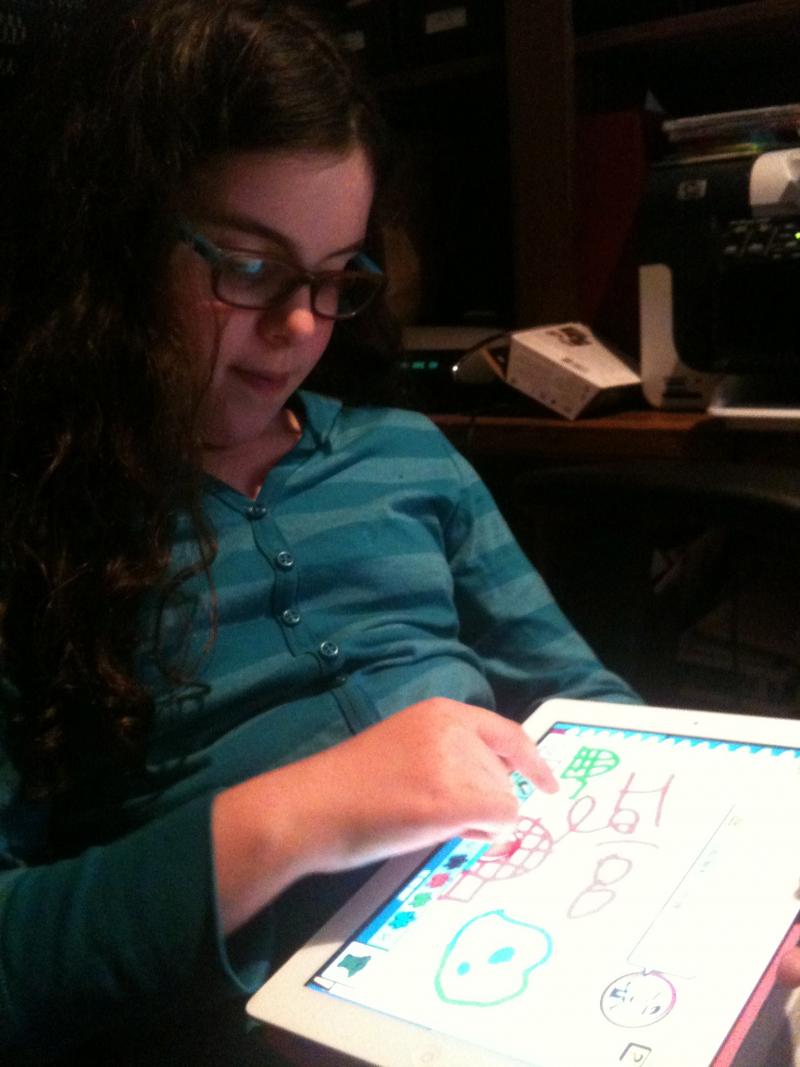 My kids and I were engrossed in the drawing challenges. Aside from the Skatoony Bucks, there's a rewarding feeling that comes from producing a drawing in three steps. It's a feeling of accomplishment. We were so motivated to carefully draw whatever shapes, lines, and shading were outlined in the instructions.

I noticed that not only did my kids learn some geometry, they practiced careful reading—such an important and useful skill for tests and assignments.

Skadoodle is guilt-free iPad fun. It's artistic, mathematical, and keeps kids busy. A rare combination! I would highly recommend for ages 8+.

Produced by marblemedia, Skatoony is an animated/live-action comedy series that pits tweens and cartoons against each other in competition through frantic, trivia-based rounds -- but only one will be named Skatoony Quiz Champ. Set in a fantastical television studio in the fictional town of Showtown, the series is anchored by the hilarious cartoon duo of host Chudd Chudders and his lounge-singing sidekick, The Earl.

Each week, they attempt to put together another show, while all manner of mad happenings occur around them... but the show must go on!

Skatoony airs Sundays at 6:30 p.m. ET/PT on English TELETOON and Sunday at noon on French TÉLÉTOON.

Ruth Spivak’s passion for teaching and learning began at age seven when she forced her sister and stuffies to play school. Even though she doesn’t set up a
schoolhouse in her bedroom any more, Ruth never stops teaching and learning.
A mother of three, Ruth has a background in education and is pursuing a graduate degree in Greek and Roman Studies.
Join Ruth each week as she blogs about books, movies, websites, games, and every day activities that inspire a love of learning. Lots of fun, and no schoolhouse required!
Follow Ruth on Twitter: @educationdiva
Visit her at: www.educationdiva.com
View Ruth Spivak's profile

Ruth Spivak: Kiducation A Unique Way to Teach Kids About Gratitude and Giving Back

Ruth Spivak: Kiducation 8 Unusual Strategies to Get Your Child to Love Reading