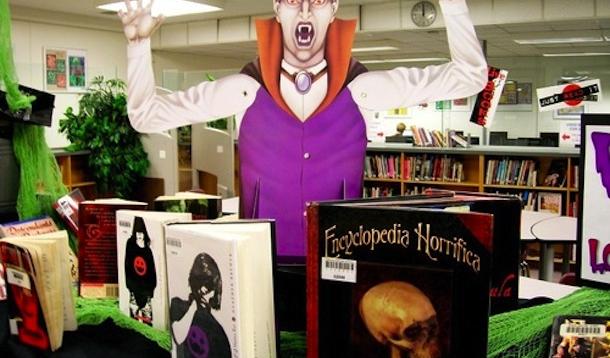 1- Read scary stories to your kids from this Top 5 list.
2-Repeat as necessary.
3- Warning: Not to be taken at bed-time. Side effects may include: Nightmares, screeching, squeamishness, and sprints to parents' bed.

***Note to teens: Reading to yourself won’t save you.

1- Scary Stories to Tell in the Dark by Alvin Schwartz   (Grades 4 and up.) 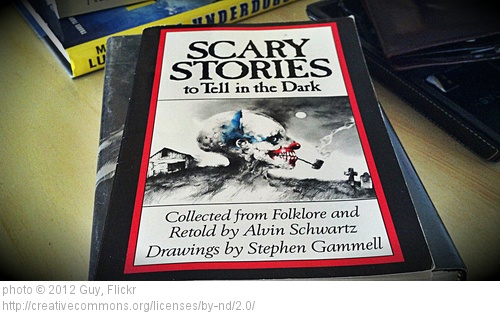 Skeletons and ghosts come to life from the pages of American folklore.  Chilling illustrations really enhance the fright factor of these more than 24 short stories.  In one chapter, a boy and his family make a meal out of a big toe they find in their garden. Ewwww! If your kids like campy urban legends and ghost stories, they will love this collection.

2- Frankenstein by Ludworst Bemonster  - Rick Walton and Nathan Hale. (Ages 4 and up.) 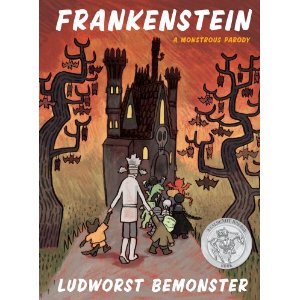 The funniest/scariest Halloween book to come out in a long time - maybe ever. A parody of the children's classic "Madeline" features 12 little monsters living in the castle of Miss Davel. (Get it?)

Label on the cover reads: A CaldeNOT horror book! 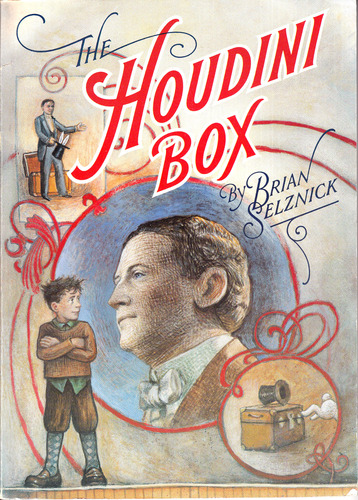 Is it coincidence that the greatest escape artist of all time died on Halloween?

Selznick (author of "The Invention of Hugo Cabret") captures the mystique of Houdini and his era in beautifully rendered drawings. Ten year-old Victor is desperate to emulate his hero. He locks himself in a box, and holds his breath under water - to no avail.  One day, Victor meets his hero in a crowded train station and later receives a mysterious box engraved with the initials "E.W."  Only years later, as a grown man, does Victor open the box and discover its secrets.

Although this book is fiction, it's a great springboard for Halloween themes that are linked to Houdini's life: Seances, the supernatural, and black magic.

(Not a typical scary book, but Dr. Frankenstein approves.) 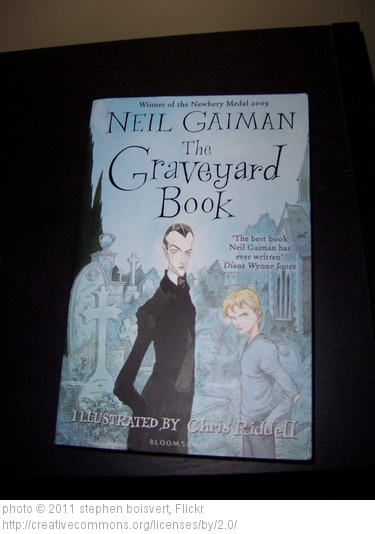 What's it like being a boy raised by a community of dead in a graveyard? That's the only life Nobody, or "Bod" for short, has ever known. Life in the graveyard is full of dangers and adventures, but Bod longs to be in the human world. How long can the graveyard protect Bod from Jack, the man who already murdered his family?

Neil Gaiman weaves the terrifying with a bit of comical, enthralling both kids and adults.  Each chapter almost stands on its own as a short story, making this novel manageable for middle-school readers.

5 - The Complete Stories and Poems of Edgar Allan Poe.  (Grades 7 and up.) 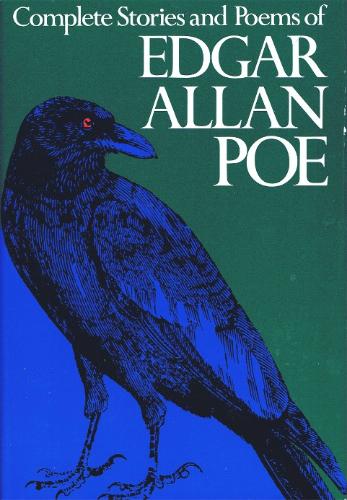 Might as well get all the stories and poems in this reasonably-priced collection. In particular, the following will make your hairs stand on end:  "The Murder in the Rue Morgue," "The Tell-Tale Heart," "The Fall of the House of Usher," and "The Raven."

THE classic must-have Halloween book.  Nobody does creepy like Poe, and the writing is of course, stellar.

This is a collection you  and your kids will return to time and again.

Ruth Spivak’s passion for teaching and learning began at age seven when she forced her sister and stuffies to play school. Even though she doesn’t set up a
schoolhouse in her bedroom any more, Ruth never stops teaching and learning.
A mother of three, Ruth has a background in education and is pursuing a graduate degree in Greek and Roman Studies.
Join Ruth each week as she blogs about books, movies, websites, games, and every day activities that inspire a love of learning. Lots of fun, and no schoolhouse required!
Follow Ruth on Twitter: @educationdiva
Visit her at: www.educationdiva.com
View Ruth Spivak's profile

Ruth Spivak: Kiducation A Unique Way to Teach Kids About Gratitude and Giving Back