If You're a Woman, You're Probably Not Saving Enough for Retirement 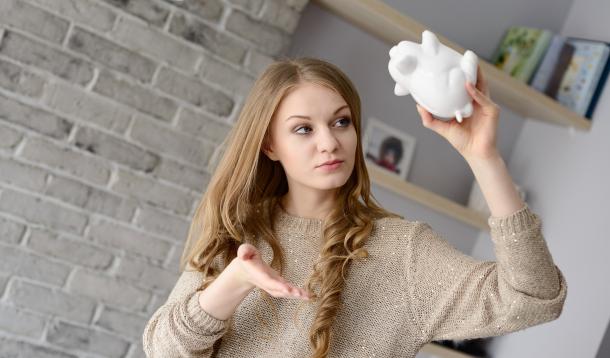 As women, we often know that more is required of us. But now a new survey reveals we should also be saving a bigger chunk of our paycheck in our retirement fund. It means that gender neutral financial advice is not working. The research conducted by a U.S. based company called TIAA, a leading retirement services provider, says women should be putting almost double of what men do to build the same nest egg.

How much should we be saving?

The results were published in a paper called “Retirement Gender Gap.” It found to reach parity, a women making $100,000 a year would need to save 18 per cent of her income to achieve retirement parity compared to a man making the same salary but only saving 10 per cent.

Say what? How can be this be true and even fair?

Yes, our longevity is going to cost us more. According to Statistics Canada, a girl born in 2009 can expect to live to 83, while a boy born at the same time can expect to make it to 79, on average. So we have at least 4 more years, on average to plan for. Four more years of eating, sheltering, and having fun.

Also on the other side, that is also several more years of health care costs that might not be covered.

The TIAA survey notes that “while housing costs can be reduced by downsizing, healthcare costs are not as easy to manage. Unlike housing, healthcare expenses increase with age.” They add that most expensive illnesses tend to occur later in life.

We take more time away

Most retirement strategies, according to the TIAA survey, assume workers will be in the workforce for 40 years. In the case of men that is true. But women’s careers are often interrupted to have children or to take care of ageing parents. According to TIAA, American men work an average of 38 years while women only average 29 years. That leaves 9 years where women are unable to save anything from their own salary. That fact alone, says the TIAA survey, makes it immediately obvious that women need to save a higher percentage of their salary while they are working.

When at work, in Canada, women still earn less than a man in the same job. The latest numbers available with Statistics Canada show, in 2011 a woman earned 72 cents for every dollar a man earned in the exact same job. Working full time. Woman also bear the burden of unpaid work. According to report by OXFAM Canada and the Centre for Policy Alternatives called Making Woman Count, women do up to 6 hours of unpaid work a day compared to men who do as little as 30 minutes. This give women less opportunity to participate in the paid economy or focus on education to further their careers.

So what can we do?

The first is to recognize that the retirement gender gap exists. As a household more has to be contributed to a women’s retirement savings. Also, when making investment decisions, women can be more aggressive in the types of products we choose. By picking safe conservatives investment the chance of that portfolio growing is diminished. For example, if you have a 20-25 year horizon until retirement, investing in good quality Canadian stocks that pay a juicy dividend will serve you better. Also make sure your partner has adequate life insurance to cover your cost in the event they were not there. It’s not always the nicest subject, but it is important.

The TIAA report also suggests a guaranteed income which would require government policy changes. As well a recognition by companies that gender neutral pensions are not working.

Retirement savings is important, and women should realize that - statistically speaking - we will be alone for a part of retirement, not only because we live longer, but tend to marry a person slightly older than us.

To get started now, make your savings automatic and a priority. Refer to the CRA retirement calculator to see how much you should be putting away to get to your retirement dreams.

RELATED: If Retirement Seems Like an Elusive Dream, Have You Tried This?

Rubina Ahmed-Haq: Parenting by the Numbers All About the NEW Canada Child Benefit - Will You Be Getting More?

Rubina Ahmed-Haq: Parenting by the Numbers How Tidying Up is Saving Me Money