The Real Cost of Breaking Up 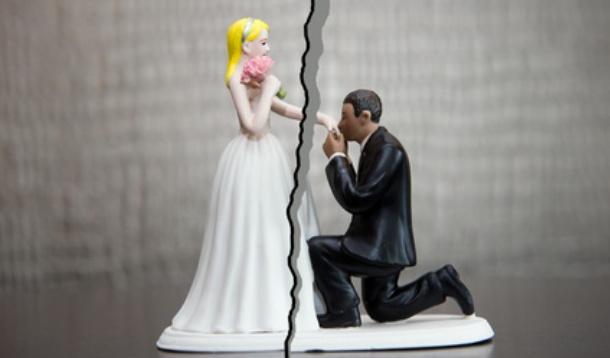 February is a month when many of us move our attention to love and celebrating our relationships. But in the interest of a reality check, it’s important to note 40 percent of marriages in Canada end in divorce and many of those breaks ups increase day-to-day costs greatly.  Neil Sedaka sang it right, Breaking up is hard to do and as it turns out, it can also be very expensive.

If you’ve had enough of your love, and are thinking of calling it quits, here’s how your personal finance situation will be affected.

The cost to get divorced can vary immensely. Generally speaking, an uncontested divorce in Canada can be as low as $801 with the average one costing $1,043, that according to a survey done by CanadianLawyerMag.com. It’s always cheaper if both you, and your soon-to-be ex can agree on issues like custody and how to split assets. There is less work for the lawyers and that keeps your legal bill lower.  But if the divorce is contested, and the split not amicable, the legal bills can be expensive. The same 2011 survey of 179 lawyers, found fees charged by a lawyer for a contested case can be as high as $33,881. With the average contested divorce costing $9,989 per case.

A recently divorced friend of mine told me that looking for a house after her divorce was when she started to realize how much her financial situation has changed. She said anything in the area she had lived in with her ex-husband was out of her budget, and the size of home she could afford was less than half of what she had before. If you expect to live the same lifestyle after divorce, then expect your housing costs to double. Even if you were a stay at home parent, the other half that was supporting that household now has to find another place to live, so the money will no longer be pooled in one place. You may have to move to a different area, downsize or find an alternative stream of income, if you want to maintain the lifestyle you had pre breakup.

Here is one area newly single people can save a lot of money. Whereas the home you used to live in had to serve the needs of both you and your partner, your new home is just to serve you. If you can move closer to where you work and ditch using the car, you can save on average $10,000 dollars. According to data from Canadian Automobile Association, the average annual cost to own and operate a vehicle is $10,456 a year. This figure is based on the cost of running a 2013 Toyota Camry, 18,000 km a year, with the cost of gas set to $1.23/litre, with regular maintenance and repair.

By reducing your commute and taking public transit, or better walking or biking, you can reduce your transportation costs dramatically.

Expect you entertainment cost to go up--- way up. Data shows single people spend a disproportionate amount of money going out for dinner, after work drinks and movies when compared to their married peers. When you’re single, there’s is more incentive to go out for entrainment, to meet up with friends or get back on the dating scene, and that all costs money. There is nothing wrong with getting out and enjoying yourself, but don’t let your single life send you into the red.

With all that going out a newly divorced person can expect less at the grocery store. There’s ones less person to feed, and the likelihood of making homemade meals for just yourself, let’s face it, are pretty slim. The latest number from the Household Spending Survey put out by Statistics Canada, shows in 2013, on average, households spent $7,980 on food, $5754 of that is on food purchased at a store. But, couples with children reported the highest average spending on both food purchased from stores at $8,331. As a single person you can expect to spend less than half that at the grocery store.

I’m not suggesting you stay with someone you’re unhappy with just to save money, but its important know how your financial situation will change before you walk out the door.

RELATED: Divorce Hotels - The getaway that will have you getting away...from your partner.

Category:
Life - Money
Tags:
divorce
legal fees
breaking up
how much does a divorce cost

Rubina Ahmed-Haq: Parenting by the Numbers All About the NEW Canada Child Benefit - Will You Be Getting More?