Attending a Wedding? Get Ready to Shell Out $673

What to Consider Before You RSVP 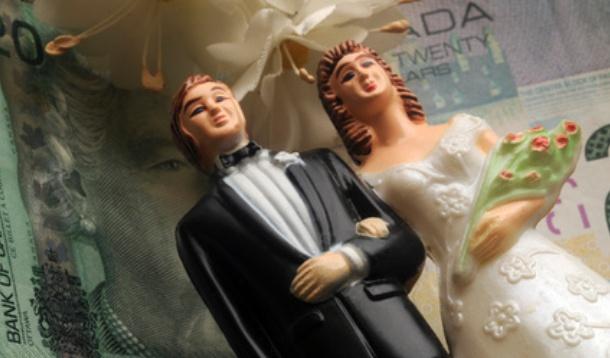 How many weddings have you attended where you left thinking, "Why was I here and how much did that cost me? " I hate to admit it, but looking back there are wedding invites I should have said no to, because at the time I couldn’t afford to attend.

Now there’s even more reason to consider your finances before you RSVP. A new survey by American Express of 1800 adults in the U.S. reveals guests expect to pay on average $673 just to attend a wedding.  A third of that is airfare to get to the function, but there’s also hotel room, new formal outfit, and cost of meals while you’re away. It’s even more expensive for those who are in the wedding party.

So what can a guest to do keep costs down? Well it sounds harsh, but like everything else in life, if you can’t afford it - don’t do it. If it isn’t your close relative or dear friend, you can be polite by declining and sending a small gift for the couple. That would be a lot cheaper than forking out hundreds just be a guest.

One of the reasons costs are rising for attendees is because it’s no longer a one day event, but rather a series of functions leading up to the wedding and the big day. As a guest, pick and choose what you can afford to attend. Obviously the most important is the ceremony, but guests can often feel obligated to attend the engagement party, bachelor or bachelorette parties and bridal shower. Remember each event costs money.

I have been invited to many destination weddings but I’ve only attended one, and it was one of the best vacations/weddings I’ve ever experienced. But at the time I could afford it, I had ample notice of the date, and the girl getting married had been my dear friend since high school, so it was worth it. But generally speaking the majority of respondents in this survey said destination weddings are too expensive and many say they don’t want to use their holiday time for them.

Here’s the craziest part: even though the cost of attending a wedding is going up, the amount guests spend on gifts for the couple is actually declining. Respondents said they expected to spend $106 on the happy couple. That’s down $3 from last year. Now, I’m no manners expert, but that seems like the wrong place to be pinching the pennies. Even if you spent thousands to attend a wedding the couple still deserves a decent gift. Your presence is not present enough.

You can save by planning ahead. If I’m attending a few weddings in any year, I will often ask my friends who are the same size if I can borrow a formal gown from them. Then all I pay are the dry cleaning costs. Also use sites like Trivago, Hotels.com, or Priceline to find a place to stay. You can also use sites like Homeaway to rent a bigger place and split the costs with another family or group of friends. Don’t get sucked into staying at the same hotel the wedding is at, even if the hotel claims there’s a special rates for wedding guests. If you live in the same city, consider taking a taxi home after boozy night. That is much cheaper than paying to stay somewhere overnight.

You have to know the consequences of saying "NO" to a wedding invite. Weddings are a big deal, I don’t need to tell you that. So be sensitive when declining an invitation. Talk to the bride or groom directly to tell them why you can’t attend. I have lost two friends because I didn’t attend their weddings. One, I don’t really regret. It was a destination wedding that I couldn’t afford for a person I had known for less than a year. But the other I feel bad about the way I had handled it. We’re still acquaintances but things will never be the same.  Being a guest is expensive, so be sure to analyze your situation carefully before saying "YES."

Check Out This One of a Kind Wedding Dress!

Category:
Life - Money
Tags:
saving money
cost of wedding
expensive wedding gifts
do I have to take a cash gift to wedding
how to asve money on wedding gifts
wedding RSVP
money tips for families

Rubina Ahmed-Haq: Parenting by the Numbers Summer Saving: Send Your Kids Back to School Money Savvy

Rubina Ahmed-Haq: Parenting by the Numbers Have Fun on March Break Without Breaking Your Budget