Did you cry at your children's first haircuts? Ethan got his first haircut yesterday. I totally cried.

I didn't cry when Connor got his first haircut. He had already turned one though, so maybe that's why. Or maybe it's because Ethan's my baby.

I wasn't ready, but he needed his locks trimmed. He looks handsome, but I miss the little curls at the nape of his neck. Sniff. I'm sure the 20-something girl cutting Ethan's hair thought I was nuts for crying. Please tell me I'm not alone!

Did you cry when your child first got a haircut?

Do You Let Your Kids Play With Vintage Toys?

To Play or Not to Play, That is my Question

Do You Let Your Kids Play With Vintage Toys? 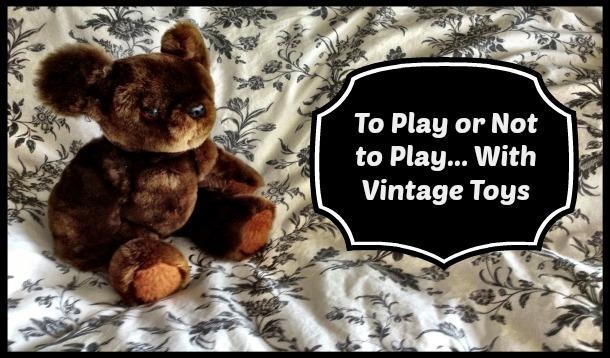 I came downstairs the other day to find Connor in the middle of the kitchen having a picnic with some of his stuffies. The quilt his aunt made him was spread out on the floor, and around its edges were the usual guests — a pink Gund bear, his oversized stuffed penguin, a small, black puppy, and a camo-coloured dolphin. But there was a new addition, and one I hadn't seen outside his bedroom before. It was my grandmother's teddy bear. 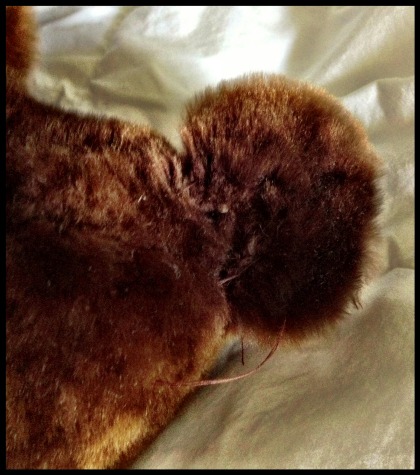 My aunt sent me the bear a few years ago, either right before Connor was born or right after. I can't remember. But I remember smiling at the old bear, with his old-fashioned look and his classic style. He's in pretty good shape, but both of his ears have been sewn back on. Maybe my grandmother liked to swing him around by his ears. Maybe she got in a fight with someone over him. Or maybe, as sometimes happens to old bears, his ears simply came loose. They're both still there, just attached loosely with some brown thread.

I gave the bear to Connor when he was a baby. I put it on a shelf in his room, actually. I wasn't sure at the time that I wanted the bear to be played with, but that's an easy thing not to worry about when your first child is an infant. It's much different when you come across the bear attending a kitchen-floor picnic.

I scooped the bear up as we were tidying and he has ended up on my bed. Connor, surprisingly, hasn't noticed, though I'm sure when he does he will come back and lay claim again.

And I'm not sure how I feel about that. He loves his stuffies (and feeds them well, as evidenced by his frequent picnics). But he's not terribly gentle with them. (I'm sure few five-year-old boys are.)

I've got my grandmother's china as well, and I do use it. I bring it out for holidays, figuring there's no point having it if it spends all its time in the cupboard. But is a bear the same? Or does the philosophy differ?

I'm still not sure. Maybe I should leave the bear out of reach. Or maybe I should let my kids play with it. If the bear is played with and loved, losing some fur—and perhaps an ear—in the process, maybe a few years from now I will look at him and smile at the evidence of a bear that's been loved by three generations.

What would you do?