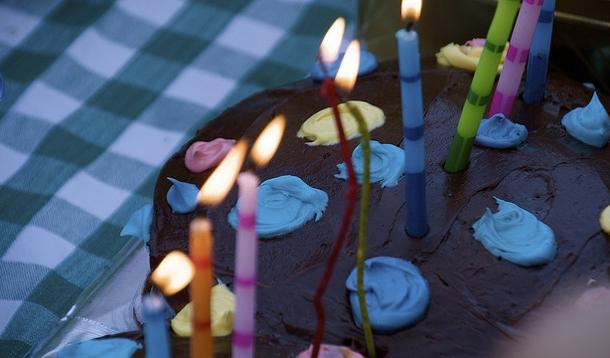 Connor turned five last month, and this was the first year we've had a birthday party for him. The mere idea of it gave me the shakes as I tried to figure out how to entertain a bunch of four- and five-year-olds, but by nothing other than luck we managed to get through it with no tears, no yelling, and no need for a stiff drink at 10 a.m.

I'm all about sharing the love and making parenthood easier, so here are the five strategies I believe saved the day. 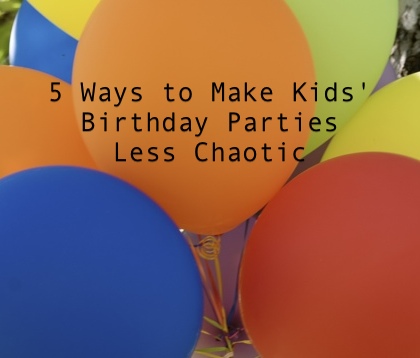 1. Do it somewhere other than home

I didn't really want a bunch of kids running around my house and spilling juice, even in our unfinished basement, so we started looking for other options. The community we live in has a facility and they rent rooms, which was perfect because we had lots of open space for the kids to play and it was close to our house. It was also fairly cheap, but shelling out some money was totally worth it to me to avoid having chaos in my house.

2. Have family and friends help you

My husband and I gathered all the stuff we needed—decorations, snacks, cake, etc.—and took it down to the room on the morning of the party. But we also recruited our families to help set up, and I was so glad we did. It didn't take much to set up, as we weren't going for a Pinterest-worthy party (though we did have an awesome pirate theme, which I'll share more about in my next post), but it was nice to have a few extra hands to put crackers on plates and stick banners to the walls with sticky tack. It was equally helpful afterwards when we had a bunch of people collecting recycling, taking out the garbage, sweeping floors, and keeping the hyper birthday boy occupied. We had both set-up and take-down done in about twenty minutes.

3. Have prizes for games

A friend came to the party with her son and commented that she was surprised at how well the party games worked. I was too, frankly. I had initially hesitated on games because I wasn't sure if the kids would want to play them or if the logistics were more complicated than it was worth. But they were great! We planned on three games (plus a piñata), and though we only played two of them the kids LOVED them. The secret? Have prizes. We had a bag full of kitschy stuff from the dollar store and we let each kid choose a prize after each game. Maybe we got lucky, or maybe this particular group of kids has just enough of a competitive streak to make games appealing, but either way it helped them have fun and filled the time.

4. Entertain the kids with balloons and dollar store toys

One of the things I worried about most was keeping the kids occupied so they didn't (a) get bored and start acting up or (b) want to leave before we had even blown out the candles. My husband bought some balloons, which we originally intended to use as decorations, but as soon as we blew them up our son started playing with them. When the first kids arrived they joined in and the balloons officially became birthday party entertainment. A big space + kids + balloons? They could have played for hours. Same with dollar store toys. We had some extras after our games were done and the kids wanted to play with them. We had some of those styrofoam gliders and some bouncy balls and a few other things, and that filled in the last bit of time while we were getting the cake ready. Cheap, easy, fun. (Win!)

5. Have these supplies on hand

Whether you're doing a party at home or somewhere else, there are a few things it helps to have handy. The night before the party I grabbed a bag and tossed in:
- Tape
- Scissors
- Mack tack
- Garbage bags
- Ziploc bags
- A bag for recyclables

And voila! No scrambling for supplies when we needed to put up decorations or clean up afterwards.

Looking back, I don't know what I was so worried about. A kid's birthday party? Easy peasy.

What are your best tips for successful birthday parties?