Perfect kids? Perfect picture? Not so much. 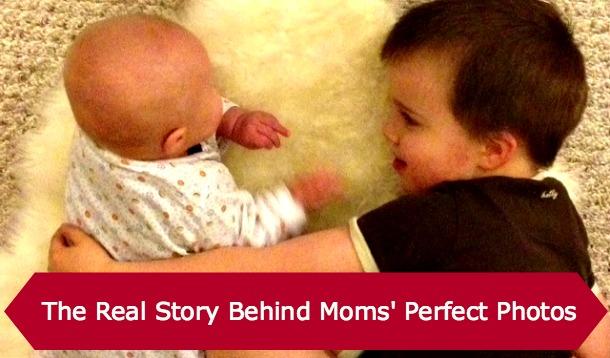 I read a blog post the other day about what's really going on in the background of Instagram photos. Elaine, from The Miss Elaine-ous Life, suggests that she might have ruined Instagram for her readers, but I actually think her post might be the best kind of therapy when you're having a rough day with your kids.

You may have seen some of the stuff going around about how common "fakebooking" is. Moms post sweet pictures of their kids and don't mention that one of them had a meltdown right before that and two of the kids wouldn't sit next to each other without being bribed to do so. Of course they don't mention that. It would ruin the sweetness of the picture.

I actually don't blame people for posting pictures without the real story (because I think it's fair to assume that we all have the same sorts of day-to-day struggles with our kids). But I sure loved reading Elaine's behind-the-scenes-of-Instagram post — so much so that I thought I'd steal her idea (with permission) and share some of my own photos with the "real story" behind them here.

In looking through my camera roll I realized I don't actually have many recent pictures of my older son, which is because he generally refuses to have his picture taken these days. See? 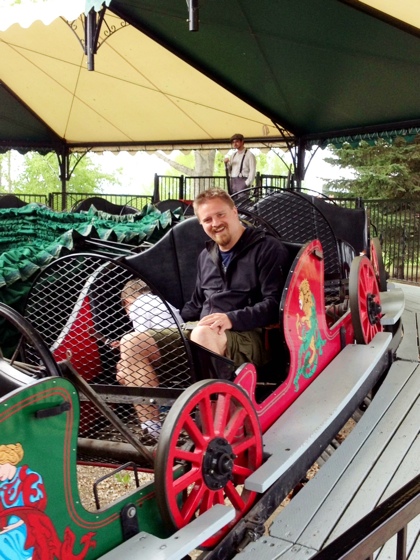 He ducked right as I took the picture. And I find this more annoying than I should probably admit.

Here's one that looks like a happy dad and his boy walking their dog, but by this point in our outing Connor was getting sick of walking and was starting to whine. And we all know how fun it is to listen to a kid as he complains, "I can't walk anymore!" 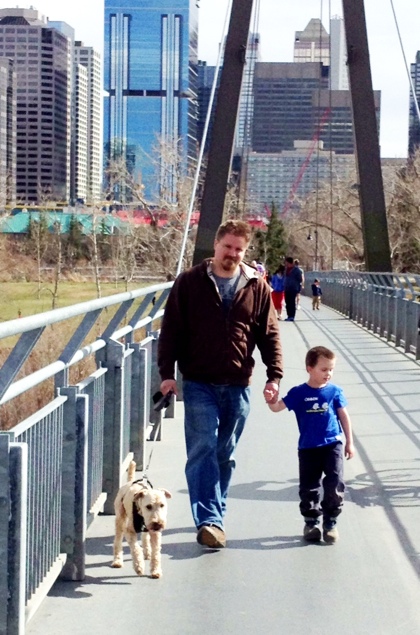 Then there's this shot I took last winter. It looks cute—snow falling, happy kid is obviously having fun—but here's the truth: It took all my grown-up will power not to throw a snowball straight at his head that day after he did it several times to me. 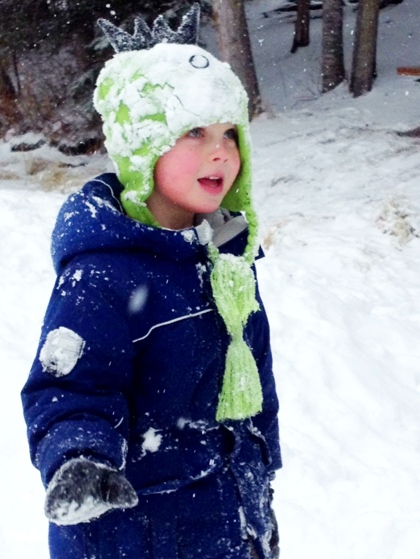 And one more from last winter. This is Connor at one of his first skating lessons. It looks like a photo of a typical Canadian kid out on the ice in his hockey helmet, but he would not follow along with his class. WOULD NOT. He turned into a wet noodle and wouldn't stand up and had to be carried off the ice. 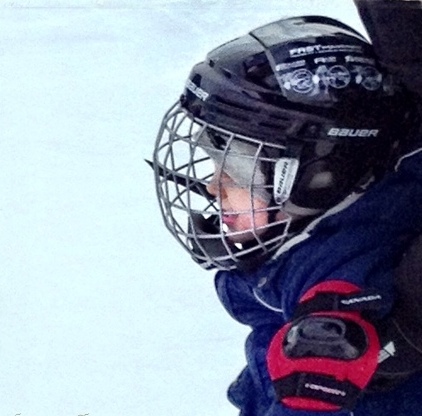 So much for capturing the quintessential Canadian winter experience on film.

The lesson here? Don't believe everything your mom friends post on the Internet.

What's the real story behind your pictures?