Fluffy and flavourful, this bread’s a big winner 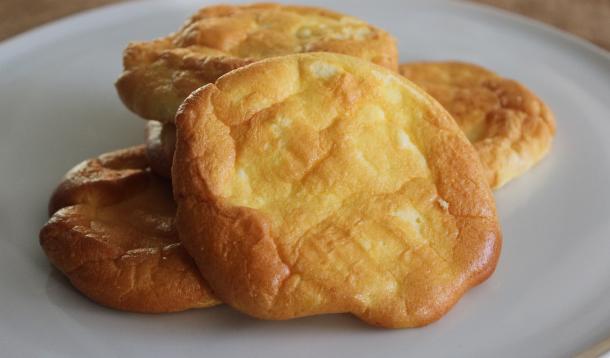 If you’re among the many who by choice or out of necessity eat gluten free, you know that the bread options are often very sad. Cardboard-like in both taste and texture, suitable only for toasting, many gluten free breads can leave a lot to be desired. Despair no more! There’s a game-changing recipe and it’s guaranteed to make eating a gluten-free OR a low-carb diet a whole lot happier. Called ‘Cloud Bread’ because of its fluffy, almost-lighter-than-air texture, it’s simple to make, consists of only a few common ingredients and is surprisingly versatile. We’ve used it for sandwiches, as burger buns and even made French toast with it. For my next batch, I’m planning to sprinkle in a few herbs or maybe even use an herbed cream cheese. The possibilities are endless with this dreamy bread!

In a small bowl, combine the egg yolks, cream cheese, salt and sugar. Stir until smooth and well blended.

In a large bowl (use a stand mixer if you have one), combine the egg whites and cream of tartar. Beat on high speed until the whites form stiff peaks.

Carefully fold the yolk mixture into the whites, taking care not to deflate the egg whites too much.

Using a 2/3 cup measuring cup, scoop out the combined egg mixture, creating eight mounds on the parchment-lined sheets. Each mound should be approximately 1/2 inch high and 4 – 5 inches across. 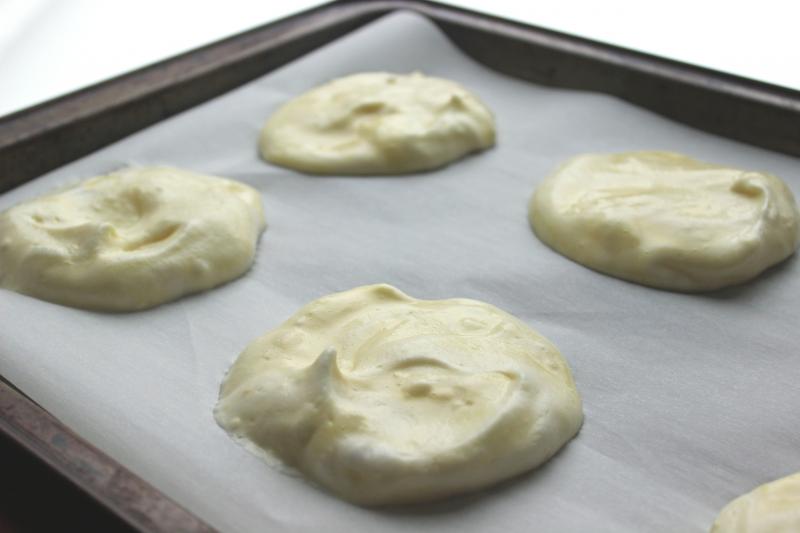 Bake the bread in the preheated oven for about 28 – 32 minutes, until golden brown and dry to the touch. If your oven does not generate even heat, you may need to rotate the baking sheets after 20 minutes to ensure even cooking. 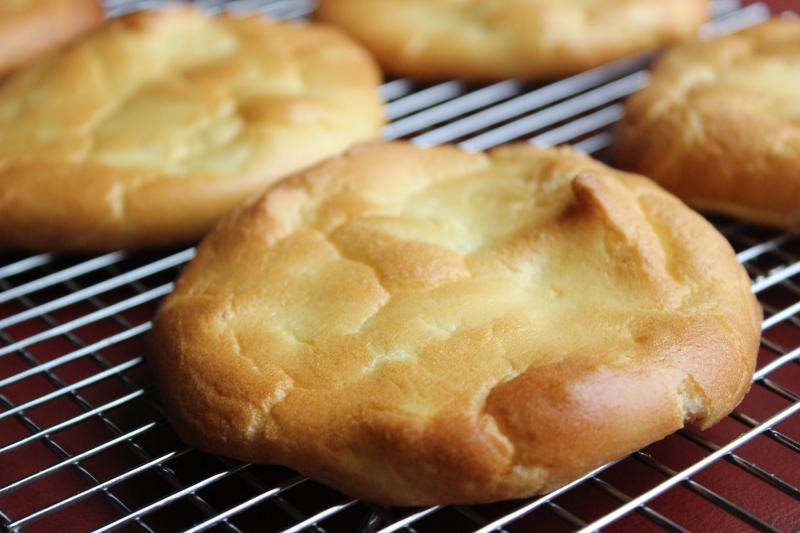 Let the bread cool on the baking trays for about 5 minutes after removing from the oven, then transfer to a wire rack to cool completely. Once cooled, store in an airtight container or ziplock bag with parchment paper between layers.

When freshly baked, the bread will be a bit crumbly but after 24 hours of storage they’ll be slightly more chewy but still deliciously soft and light. 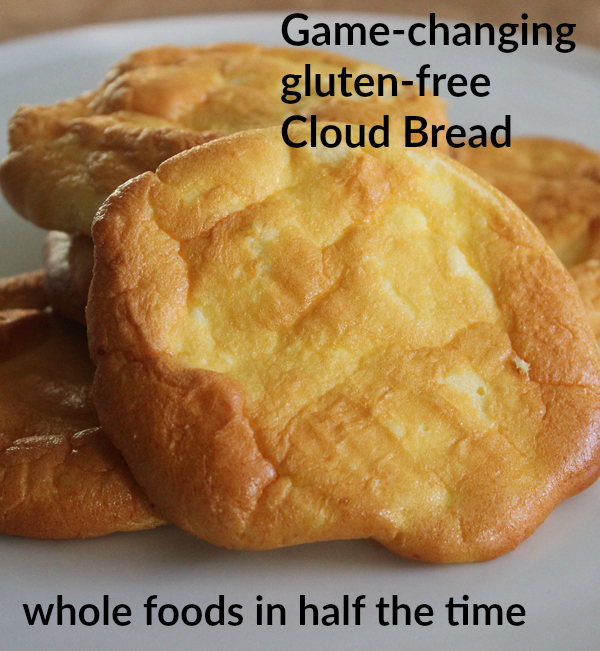