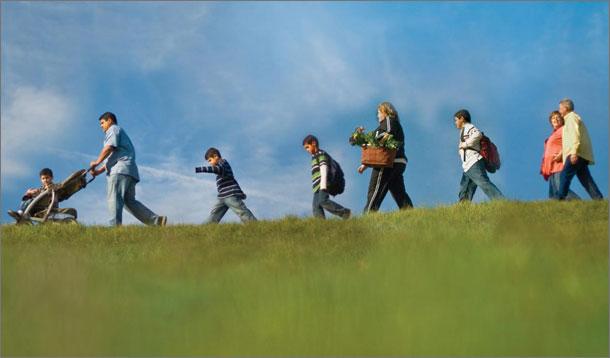 This Sunday (Sept 23) is the First Annual 1K and 5K Walk for Stuttering Awareness in Toronto. It's a cause that's near and dear to Toronto mom Robyn Zeldin's heart. Robyn is currently riding the wave of her son's recent rise to stardom. At age 13, the Toronto teen, who raps under the name Lil JaXe (@LilJaxe), has collaborated with (and is now managed by) Montreal musician Karl Wolf and has become close friends with hip-hop superstar Drake. YouTube videos featuring Lil JaXe have garnered more than half a million views in total. 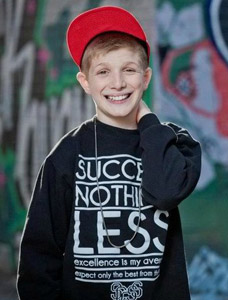 Jake is a brilliant lyricist and a skilled rapper, a talent he uncovered a few summers ago at sleepover camp. But, the craziest part of this story isn’t how quickly Jake has risen to fame, or how many celebrated musicians he’s befriended and earned the respect of. Nor is it that the teen was just asked to perform at Toronto’s We Day this month in front of 20,000 youth and educators. The craziest part of the story—and the most impressive for that matter—is that when Jake talks, he stutters. So badly that he often has trouble getting his point across.

“Around the age of 10, he started to become really self conscious,” says his mom, Robyn. “He wouldn’t talk in restaurants, he’d make me order for him.” While in Grade 6, Jake was bullied terribly by a teacher and faced some extremely dark months. But, he managed to turn it all around and went from not wanting to go out with friends and sitting in his room alone, to becoming enthralled with rap music, wanting to go to concerts and get himself known. You see, when Jake raps, there is absolutely no sign of his stutter. It’s as though it disappears. Just listen to this interview with Jake on Kiss 92.5 and you’ll see what I mean. It’s incredible.

These days, Jake’s mission is to help other kids who stutter and those living with disabilities. To show them that it’s not so bad; that we’re all different and it’s OK to be different. His motto: You can’t let anything or anyone get in your way of your dreams! His ‘haters’ as he call them, fuel his passion and keep him going. “When people say nasty things or doubt his abilities, they just make him stronger,” says Robyn.

On Sunday, Jake will be the Walk Ambassador at the Walk for Stuttering Awareness, in support of The Speech and Stuttering Institute. The event will raise funds to help people live full, productive lives while living with a speech disorder. Funds raised will also go toward educating professionals and conducting research.

It’s not too late to join the walk or support this important cause. Because, while many of us take our ability to speak clearly for granted, it’s easy to imagine how frustrating and, at times, embarrassing it would be to be unable to formulate the words you so desperately want to speak.

Let Jake be the inspiration you need to overcome any challenge you’re facing in life and go after your dreams with fervour! He’s the kind of teenager we need more of in this world.

Hailey Eisen: Our Happy Place This Is The Only Place You Should Turn For Parenting Advice

Hailey Eisen: Our Happy Place Top 6 Reasons To Do Your Cross-Border Shopping In Rochester

Hailey Eisen: Our Happy Place Escape With Disney On Ice