Dishing on the First Trimester Woes 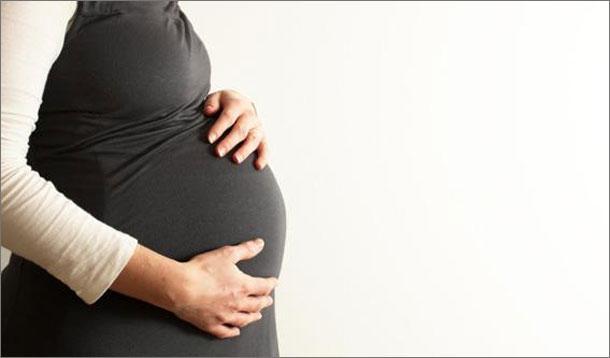 This is it. I’ve been waiting to announce my pregnancy ‘publicly’ for a while. Waiting for some sort of ‘sign’ that everything was moving along as it should before I took a risk and wrote about it before the requisite 12 weeks were up. The truth is, I’m not much of a secret keeper when it comes to my own secrets. Basically, I peed on a stick and texted my girlfriend the second that little plus-sign reared its head. Then I called my mom.

News like this, the all-consuming kind that transforms your life in a matter of seconds, is not the kind I can keep to myself. Over the course of the past few weeks I’ve called my grandma (who was thrilled but warned me not to tell anyone else until three months were up), I’ve told my girlfriends, my cousins, my aunts and uncles, and colleagues. I ‘liked’ a Bunch.com blog post on Facebook entitled “I’m Six Weeks Pregnant: Why I’m Telling You All This Now” and had a few friends and relatives assume I too was pregnant. (Talk about ‘broken telephone.’) I am adamant that there is no such thing as sharing good news ‘too soon,’ and I’ve spent the past few weeks rehashing my logic to anyone who would listen: I would definitely need the support of friends and family if something were to go wrong with this pregnancy and why should I hesitate to share the good news and then only share the bad news?! I read and reread Sarah Remmer’s courageous post about miscarriage and decided that whatever happened, I’d be ready for it.

So when I was away on vacation last week and noticed some spotting I took a deep breath and told myself (and my husband) that we’d be fine, no matter what happened. Luckily this spotting was minor, but it was enough to capture my family doctor’s attention and have her send me for an ultrasound. All along, I’d wanted an early ultrasound, just for the peace of mind. But my doc had told me this wasn’t her practice, and that unless I had spotting or was unsure about when the baby was conceived, I’d have to find the peace of mind within.

“Is your daughter excited about this new baby?” That’s what the technician said to me before she turned the screen around to show me the little heart beating, steadily. I breathed a huge sigh of relief.

So I’m letting that 9-week ultrasound serve as the ‘sign’ I was waiting for to make my news public. I’m pregnant. Baby number 2 is due on or around April Fool’s Day. It will begin a new chapter in my life. I’m excited and terrified. But currently I’m mostly just nauseous. I am way more grumpy than I remember being last time. More sick to my stomach. More exhausted. I assume that’s because I have a 2-year-old and the pure joy of being pregnant and expecting another baby is somewhat overshadowed by real life and the fact that I’m already a mom. I’m hoping that I’ll get more excited as the time goes by. And convincing myself that I’ll be able to handle a second child and all that comes with it. I adore my daughter more than anything in the world...even though she drives me crazy sometimes. And though I can’t imagine loving anyone quite as much...I’m sure that will change.

Just 18 more days until the first trimester is complete. And with it, I pray, will go the nausea and vomiting! I’m waiting for that surge of energy that comes with the second trimester. I’m excited to have a belly and not just look fat. I’m gearing up to do this all over again. And trying to convince myself to enjoy it...each milestone...with a beginner’s mind. Instead of assuming I know what to expect and just wishing this pregnancy to go quickly... I’m going to try really hard to be in each moment. To enjoy the process. To allow myself to get really excited. And to let my fears about not being able to cope with two kids, not being able to divide my time, not being able to balance work and another baby...go!

Hailey Eisen: Our Happy Place Why You Should Rock N' Stroll For Mount Sinai Hospital

Hailey Eisen: Our Happy Place A Guide to Bottle Feeding Your Baby