School drop off and pick up is driving me crazy 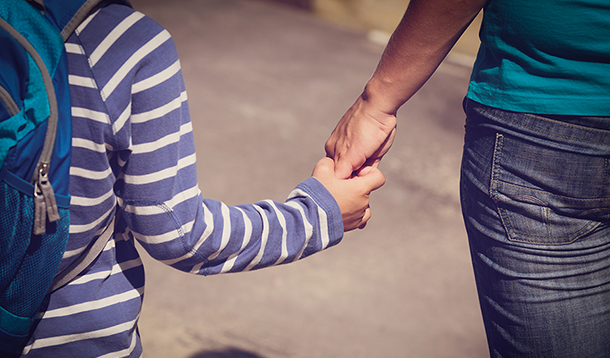 It was the end of September when the first one arrived in my inbox, and to be frank, I was surprised it took so long. Usually the first Student Safety/ Appropriate Parking Spaces/ Reminder to Drivers from the school arrives around Pumpkin Spice Latte time, and we all know that happens at the first sign of crisp air.

This is my eighth and final year at our local elementary school, and it is my third year as a mother of a Safety Patrol Crossing Guard. At this point, nothing surprises me any more. I feel like a grizzled old crone who has become deadened to the shocking things people do while driving motor vehicles in a school zone.

The first week of school, before the crossing guards had been chosen and trained, I was crossing the street in the marked, lighted crosswalk with my son. There was a group of us crossing on one side, and a woman with a toddler on her hip on the other side. A car came speeding through the crosswalk, coming within feet of the woman with the toddler. The car did not stop until it came within a thirty-second walking distance to the school, at which point it illegally parked in front of a resident's driveway, letting out a child with a backpack. That child was heading to our school. That careless driver who nearly hit a mother carrying a two year-old was a parent at OUR SCHOOL.

I'd like to say I was shocked but really, it's par for the course. The number of times I have experienced near misses in that very crosswalk during my eight years is extensive.

Sometimes I think about our much-admired principal; I think about her sitting down to her desk to craft yet another letter to parents about safety around the school. I imagine her 30 years ago, fresh-faced and eagerly looking forward to a life in academia and working with children; at that point I'm sure she never dreamed she would have to spend time and energy reminding parents to stop at the crosswalks, to not make illegal U-turns in the middle of the very busy street, to cross at the marked intersections rather than jaywalking with children in tow. Oh boy, she would have never thought in her youth, Oh boy, I can't WAIT to write letters to parents asking them to please not park in the bus zones! I can't wait to remind parents that driving into oncoming traffic to avoid slow school buses is unsafe and illegal!

At our school, there are nine buses a day, along with many parents who drive, and some children who walk. There are three crosswalks that are manned by the crossing guards. From my eight years of observing, these are the conclusions I have come to:

Bus Zones Are Just A Suggestion

When you're running late, why not just pop into the bus zone? It will only inconvenience thirty or forty kids at a time. Your time is more important than anyone else's, and also this way you can watch your children walk right on to the school property.

If you're parked (legally) on the street across from the school, there is no need to waste 30-60 seconds walking to the marked crosswalks. Just run across the street! It's not hard to dodge traffic. Those people can stop. You have better things to do with your time. So what if you have to come from behind parked cars and buses and no one can see you? It's a school zone, drivers should EXPECT you to cross this way.

No Parking Means No Parking, Unless You Are A Super Important Person

If You're In A Hurry, The Crossing Guards Can Wait

They're just children with stop signs; it's not like these are professionals. No need to really pay attention. Pro-tip: if you can't wait 2-3 minutes for children to cross the street, just drive on through! The children can dodge.

Illegal u-turns in the middle of a busy street, driving into oncoming traffic to avoid being stopped behind a school bus, speeding through school zones and going through crosswalks regardless of whether or not people are crossing are all fine, because you're careful. You're careful enough to know that no one is going to get hurt. You'd never willingly hurt anyone, you're just in a hurry. And all those little eyes watching, from the school bus and the sidewalk and the school yard? They're just kids; they'd never notice anyway.