Read This: The Little Communist Who Never Smiled

The truth behind the fairy tale of Romanian Gymnast Nadia Comaneci 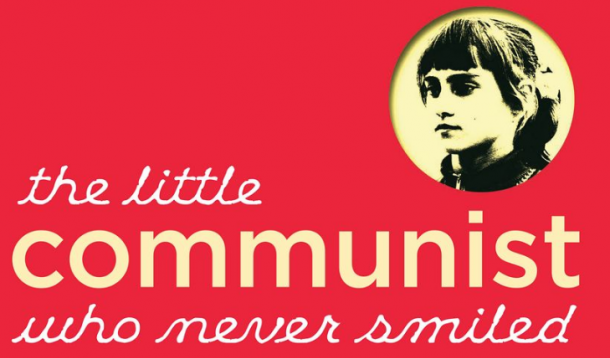 When I was nine, my friend Melissa and I watched Nadia, a made-for-television movie about the Romanian gymnastic prodigy, Nadia Comaneci. We would watch it over and over on her VCR, laboriously rewinding our favourite parts, and then we would run to her backyard and play at being Nadia in the 1976 Olympics. Melissa was an actual gymnast, whereas I could only really turn a somersault, but no matter. We were both perfect tens, throwing our arms into the air and arching our backs into comma shapes.

I was too young to have actually seen Nadia Comaneci in 1976 when she was awarded seven perfect 10s at the Montreal Olympics. She was the first gymnast to ever achieve a perfect ten, let alone seven of them, and she is widely credited with popularizing the sport around the globe.

The other day I was in the library when a book with a red cover and yellow writing caught my eye. It was called The Little Communist Who Never Smiled by Lola Lafon. I dare anyone to see such a title and NOT pick it up. It is a fictionalized account of the life of Nadia Comaneci and is a fascinating read both in macro and micro terms.

Have you ever wondered how some countries really seem to pump out incredible athletes? How do they train them, how do they find them, how do they keep them motivated? When she was only six, Nadia was chosen to be a part of Bela Karolyi's gymnastic school when he saw her playing and turning cartwheels at recess in her small Romanian hometown. The gymnastic school was a bit of an experiment, since neither of the head coaches were actual gymnasts themselves. Nadia and the other girls were eventually boarded at the school, where they basically trained the entire day long - and didn't eat much. Their food and water intake was very carefully monitored, their sleep was very carefully monitored, and - because we are talking about Ceausecu-era Romania - their thoughts and behaviour were very carefully monitored.

I remember the Nadia movie as being inspirational; sort of like a Rocky for gymnasts. The reality, of course, was much harsher and more stark than my nine year-old self could have imagined. Grim chapters detailing young girls downing laxatives before weigh-ins, their rigid training and diet - Nadia isn't allowed bread, for example - and describing state-sanctioned and well-publicized "holidays," when the reality behind those photos was entirely intense physical training were hard for me to stomach. The weight of an entire totalitarian regime's appearance to the rest of the world was sitting on those little shoulders; Nadia was essentially a symbol of the success of the Ceausecu regime. Gymnasts were ideal athletes for Ceausecu-led Romania because they didn't eat much - food being a scarcity in that country at that time - and because of their youth, they questioned nothing. Nadia's obedience and robot-like ability to perform flawlessly gave her special status in Romania, but she was still forbidden to leave the country for any reason other than gymnastics meets. She eventually defected in 1989, just a few weeks before the Romanian Revolution.

Some of the scenes are especially hard to read: for example, Nadia is pressured to perform when she has near-fatal blood poisoning from her metal wrist supports rubbing on her wrist. She collapses after a perfect performance and is rushed to intensive care because the blood poisoning was reaching her heart. Nadia eventually falls out of favour when she starts menstruating and develops breasts, therefore becoming a "fat cow of a woman rather than an elf." Along with the rest of the female population, she has to endure monthly gynecological exams to ensure she wasn't pregnant and/ or had an abortion; terminating pregnancy was cause for imprisonment, and women who had abortions were not allowed medical care, at any time. It's shocking to think that such things happened in my lifetime, not so very long ago.

The Little Communist Who Never Smiled is a fascinating view into the life of an incredible talent and a disturbing look into a political regime that wanted to be a big player on the world stage.

RELATED: Heartbreaking Kids Books We Loved in the 80s