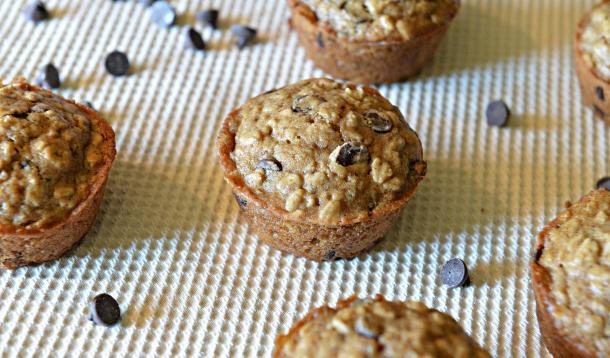 I think my children are in what we call a "growth phase," although I have a sinking feeling that this is less of a "phase" and more of a "way of life for the next eight or nine years." We haven't even entered the teen years and my boys are already eating me out of house and home.

I'm not complaining, though; I feel that it's karmic payback for the picky eating phases we went through, years ago. The boys are ravenous all the time and they mow their way through meals and snacks like there's no tomorrow. Last Friday I optimistically made banana bread, thinking it would carry me into Monday at least; by Saturday it was a mere shadow of its former self. I was short on time but I wanted some nice homemade snacks for the kids to munch on after their karate practice.

I pulled out an old cookbook that my mother had given me when I moved out of the house, many years ago. It was published by her church in the early eighties, and consists of recipes submitted by church ladies - potluck favourites, mostly. Some of these recipes are suspect - tuna salad made with jello, for example - but the baked goods are universally beloved. I found this recipe for Oatmeal Chocolate Chip Muffins, and decided to switch it up a little. I made it vegan, cut down on the sugar, added some flavour, and the result was fantastic!

As my kids talked about how much they liked them, I dropped the bomb on them: guess what, they're vegan! My younger son sighed and said, "Why did you tell us? You ruined it for me!" Then he proceeded to finish off the batch. Next time, I'm tripling the recipe.

In a small bowl, combine oats and milk; let stand for 10 minutes.

In another small bowl, whisk together ground flax and water; refrigerate until needed. (Non-vegan option: fork-beat one egg and set aside.)

Stir in oats and milk until combined. Fold in chocolate chips.

Divide batter amongst prepared muffin tins and bake for 15 minutes. 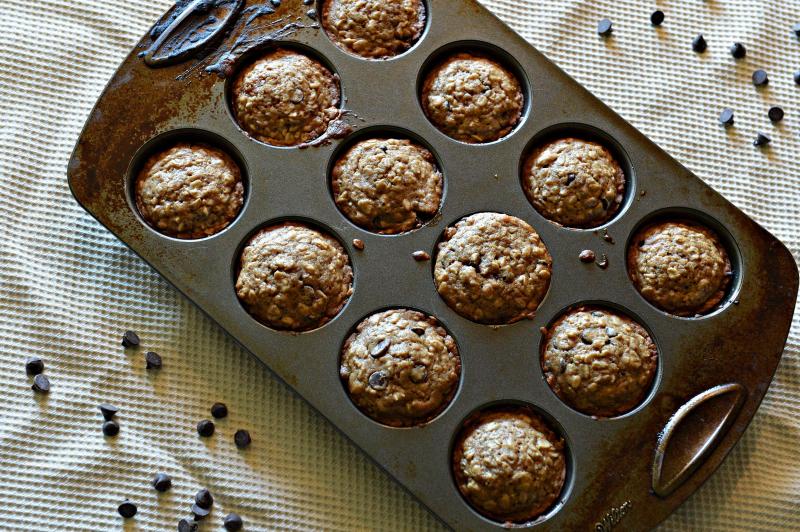 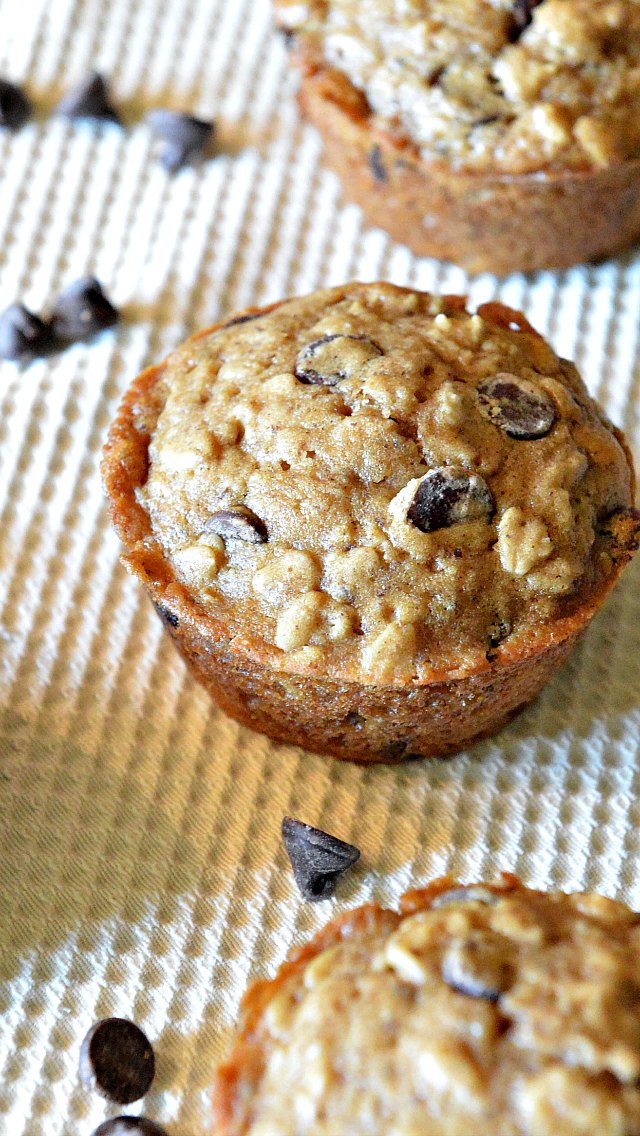