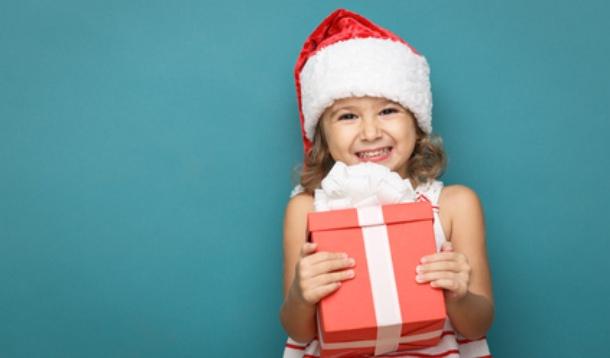 Christmas shopping causes me an intense amount of stress. I make list after list, crossing off ideas and replacing them with new ones as they pop into my head. After, what feels like, hundreds of anxious runs  to the mall I still can't seem to find that one hit of a gift.

Every year I promise myself that I will plan ahead, start shopping in September - yet every year I find myself rushing around, heart pounding, mind racing as I try to find last minute surprises for those I love.

I love Christmas. I love everything about it, including giving gifts.

Truth is, I’m not the best gift giver out there. Knowing just the right present to give is a skill and a talent.

One of the best gift givers I've ever known is my mum.

I have never been able to figure out how she does it. She has a knack for finding things that you will love. Sometimes she gives you gifts that you don’t even know you want.

There was the time she gave my husband a crepe pan. His face expressed confusion as he opened the shiny flat pan. Two days later that same face lit up as he made the first of many crepe breakfasts, enthusiastically sliding each crepe from pan to plate. His heart broke a little when a couple years later I attempted to make homemade tortillas and damaged the pan.

There was the sample pack of mascara she gifted me one year. I never would have thought to try some of those out and it introduced me to my new favourite!

She’s even found a way to make socks and underwear special, always finding the most comfortable socks your feet have ever had the pleasure of wearing!

I have spent a lot of time trying to determine what makes her such a good gifter. It’s not the amount of money she spends on the gifts, although she starts putting away the Christmas money in January.

If it’s not the money, the size or the paper it's wrapped in then what is her secret?

All year long, as possible pressie ideas are dropped in conversation, she makes mental note. Did you make mention of Harry Potter during Easter dinner? You might find a book or movie stuffed into a stocking. Did you enjoy a Frappucino while running errands with her this summer? Well look at that? A Starbucks card in your stocking! She notices that you love making crepes for Sunday breakfast and voila a crepe pan!

This doesn’t really sound like a hard thing to do does it? Yet, surprisingly it is. Most of us don’t pay that close attention to these little details.

My goal is to reach my mother’s level of gift giving. In order to reach this goal I know that I have to slow down, pay attention to the little things and listen…really listen. Because the key to great gift giving isn't about malls and money. The key to giving fantastic presents really lies in your ability to hear.

RELATED: The Gift of Sometimes Not Giving a Thing

Category:
Life - Shopping
Tags:
christmas shopping
presents
gifts
how to give great gifts
how are some people such great present-givers?
Dec
14
2015

I tried my best to avoid eye contact, but I could feel their judgment. 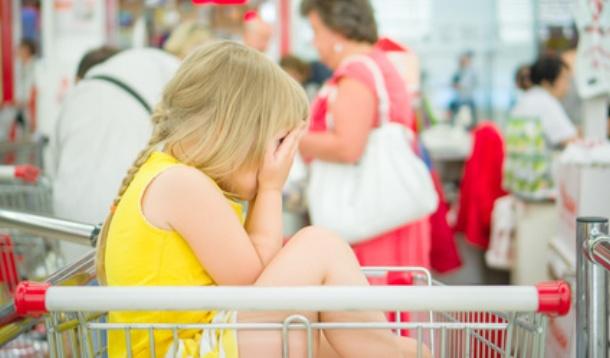 She stood in front of me - all 30 pounds of her - her face red and contorted in sheer frustration. Tears were flowing freely down her sweet little cheeks. I looked down on her as she stood firm and refused to budge, and I felt angry and embarrassed. Both of us were standing in front of each other wanting the other to make it stop.

I could feel the stares. Their eyes burning a hole right into my back. I tried my best to avoid eye contact, but I could feel their judgment. It stung and brought tears to my eyes.

Our frustration levels continued to rise together as she grabbed and pulled at my sweater, and my mind raced between helping my daughter and proving the judgers wrong.

My head knew the way to make it stop. Logic told me that she was just getting over strep throat and still wasn’t feeling her best. I knew that she was just starting to get her appetite back and was probably hungry.

If I were a perfect parent, I would have ignored the strangers and focused on my daughter and her needs. I would have knelt down in front of her and given her a cuddle and a snack. I would have held her hand while we finished just the most urgent errands and then taken her home for a rest. I would have recognized that her meltdown was for a reason, because something was wrong, and that I could fix it.

My reaction was not the result of well-thought-out parenting. My reaction was based on the people around me who were passing judgment on me as a mother. The people who were making assumptions about my daughter. The strangers who didn’t know us.

It was not my finest moment as a parent, and I instantly regretted it.

I worry about what others are thinking of me and my parenting ability, because I know I have been guilty of passing judgment. I have watched a toddler throwing food in a restaurant and wondered why the parents weren’t stopping it. I have witnessed tantrums, fits, and outbursts, and I have sat back and thought "not my kid"... until one day it was my kid.

Until one day I realized that, instead of sitting in judgment, I should stand in support.

One day I was on the other side of the judgment, and I promised myself that I wouldn’t care about anyone else; I would attend to my kids needs instead of worrying what someone else thought about me or them. It’s a hard promise to keep.

I know that, eventually, I will find myself in a situation where I am overwhelmed and desperate and I will have to fight the urge to show complete strangers that I am not the weak parent they think I am.

I will have to dig down deep and find a way to show my child that I am exactly the parent that they need me to be, regardless of what anyone else thinks.

RELATED: 27 Things You Love About Toddlers

One of my most favourite holiday traditions 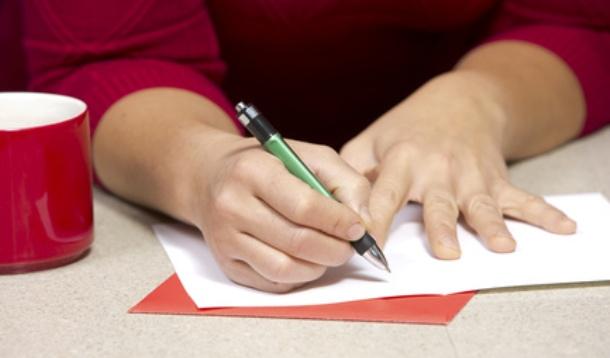 I am perfectly aware of how corny family photo cards are. I’ve heard the whining from some bah humbug scroogey mc scrooges complaining about how much they hate these holiday traditions: annual Christmas letters, carol singing, Christmas sweaters, and yes, family photo cards.

When I first started sending my Happy Holiday cards, I went as far as posing for uncomfortably staged family photos. I suffered through photo shoots, squeezing into uncomfortable clothes, and practically begging my kids to sit still long enough for just one good shot. In one photo, if you look close enough, you can see my hand hanging on firmly to my daughter’s arm, trying to prevent her from one more dash through the door. Yet I continued, feeling like this is what families do. They take family photos and put them on Christmas cards, and pop them in the mail. 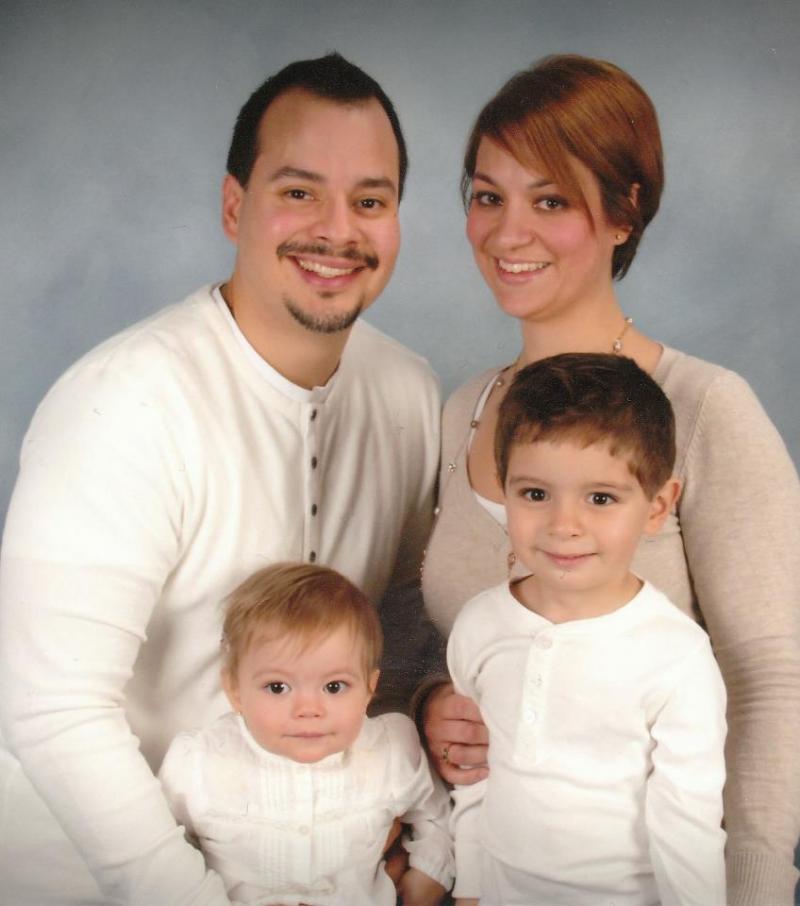 After I had endured enough pre-family photo drama and stress, I realized that the real us is not staged and perfect. We are flawed and imperfect and fun. We travel together and spend afternoons skating and swimming and going to the park. We argue, cry and laugh.

Our Christmas cards should reflect who we are.

Now my tradition involves happily sorting through our candid family photos from the year and remembering the good times we’ve had. I choose the photo that brings me the most joy. Sometimes it’s hard to choose because there are so many happy moments, and I create cards that represent us. I feel nothing but warmth when I address each card to our loved ones wishing them a Merry Christmas.

With family and friends all around the world, it’s a fantastic way to wish my loved ones a Merry Christmas and give them glimpse into how fast our kids are growing - family who otherwise might not have the chance to see my kids, get a nice photo of us bringing them Christmas cheer.

It’s corny and sappy and maybe one of those cheesy holiday traditions that annoys some. But I look forward to putting together my family photo Christmas cards every year. I also look forward to receiving photo cards from those I love.

So go ahead and send me your photo cards. I will accept them with all the holiday joy that I have.

What do you think of family photo cards? Yay or nay?

Natalie Romero: Putting it Out There Retro Movies, Music, and Games Your Kids Should Know About