Would You Let Your Teen Have Sex In The House? 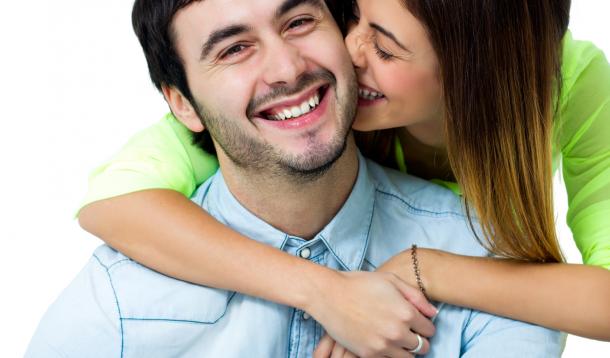 My son is still a child, but time flies when you’re raising kids. I’m already looking ahead to his adolescence and thinking about some of the parenting issues I may face as The Bean starts to mature sexually. According to research published by the American Academy of Pediatrics, by the time they’re 19 years old, approximately 71% of teens have engaged in partnered sexual activity. I don’t know if The Bean will be one of that seventy-one percent, but if it turns out he is, it’s highly likely he’ll start having sex with other people while he’s still living with me. One of the many questions I’ve asked myself is what do I think and how might I feel about my teenager having sex in my house?

The truth is, I don’t know how I’ll feel. If I’ve learned anything about parenting, it’s that reality is sometimes drastically different than what I imagine. But sometimes, especially with an issue as potentially fraught as teen sex, I do try to anticipate how I might react emotionally. Examining my feelings often help get me to the core of my beliefs and what’s most important to me as a mother.

As much as I want to see The Bean grow into a healthy, happy adult, I do have an intense and specific attachment to the baby boy I fell madly in love with the moment I held him in my arms. I remember wishing that I could simultaneously skip ahead 25 years so I could see who he’d become, and freeze time so I could keep my sweet baby with me forever. In our culture, partner-sex signals a clear move towards adulthood. Telling my son it’s okay for him to have sex in the house means I’m telling him it’s okay for him to grow up. That is exactly the thing that is supposed to happen, but I’m not sure if I’ll actually feel okay when the time comes. So far, all of my son’s milestones have brought a mixed bag of pride, gratitude, and sadness. Every day he becomes less my baby and more his own person. Sex is great, but if my son starts having it, that’s pretty clear evidence that he’s becoming a grown-up. I can only imagine how bittersweet that will feel.

I’m pretty sure that I’ll feel some fear. I think I can give The Bean some very compelling reasons as to why practicing safer sex (and if relevant, using contraception) is a good idea. But ultimately, I can’t control anyone’s sexual choices but mine. If I allow future, teenaged Bean to have sex in the house, rather than trying to stop him, I have to give up control and trust him to take care of his own sexual health. Even though I know part of my job as a parent is teaching my son to fend for himself, I find it very scary and so damn difficult sometimes.

Finally, there’s the potential awkwardness factor. A good friend of mine told me that her teenage sons were allowed to have sex at home, on condition that she didn’t have to see or hear the activity. I suspect I’ll feel the same way. I have no problem talking about sex, but when it comes to family members, I don’t want to witness the activity.

Despite the difficult feelings I may experience, in general, I think there are many benefits to letting sexually active teens do their thing at home.

There’s the issue of safety. I touched on sexual safety, but there’s also physical safety to consider. Most teens who want to have partnered sex don’t have many options in terms of private, secure locations that aren’t home. Hotels are expensive.  Alternative locations, such as parked cars, bathroom stalls, or behind buildings, are fun for some folks, but it also leaves them vulnerable should they be discovered by someone else. I recently watched a documentary on teen sexuality around the world. In Sweden, parents were generally very permissive when it came to their teens having sex in the house. When the filmmakers explained to one mother that the practice was less common here in North America, her response was, “So...they let their kids have sex in the streets?” Regardless of my feelings, I know I don’t want my kid having sex in the streets. If he his going to do it, at home seems like the safest place for him to be.

I also want him to enjoy sex. Again, I don’t want his enjoyment right up in my grill. I just want my kid to be as happy in this life as he can be, and positive, pleasurable sexual experiences tend to make people happy. For most people being able to relax, being able to focus on your own body and your partner’s body, really enhances sex. You can’t be fully into what you’re doing if you’re in your room, trying to cram in an orgasm before your parents get back from grocery shopping. In fact, I think it’s especially important that teens who are new to partnered-sex not be distracted by the potential of getting caught. There tends to be a lot of new stuff to deal with—both physically and emotionally—when you’re new to partnered experiences. I think letting teens have a stress-free space in the house where they can explore at their own pace can help make sex a good experience.

Finally, I want to come back to safer-sex again. I know I can’t make anyone, including my kid, do it. But if I know sex is happening in my house, I can make sure the place is well stocked with condoms, lube, dental dams, and anything else The Bean or his partner might use. I can make sure the products are stored safely, so that their quality isn’t compromised. I can make sure my son has easy, discreet access to all of it. I can make sure to replenish whatever’s running low. I can’t make my son practice safer sex, but in my own home, I can encourage him by making it as easily accessible as possible.

I still have a few years to think on this, but I can see some definite advantages to letting teens who are ready for a partner have sex at home. Since I’m not at this stage of parenting myself, I’m especially interested in hearing from folks who are raising or have raised teenagers. Have you dealt with this issue? How did you handle it?

I have also had thoughts and feelings about the recent celebrity photo scandal. And why certain ideas about saving sex until marriage may not be accurate.