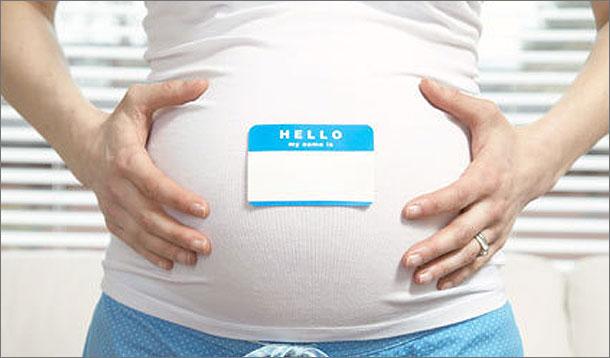 The baby naming process has become increasingly complex over recent years. No longer is it a case of choosing between classic names like James, Mary or that of a cherished relative, there are thousands of sites to consult, advisers to hire. And nothing throws a spanner between mom- and-dad-to-be like having to agree on what to call their newborn.

My husband and I were no exception. Though we disagreed on virtually every name, the laughs we had throughout the selection process diffused most of the tension. We extended the mirth by leading relatives to believe that we planned to name our firstborn son Gonzo, or worse yet, as a nod to my husband's heritage, some unpronounceable Gaelic name.

As it turns out, Gonzo was just the tip of the weird iceberg. The folks at Nameberry went and compiled the hundred wackiest from the U.S. last year. Who knows what these parents were thinking, suffice to say they will no doubt suffer from some serious baby name remorse.

We're talking weird—from the 'future troublemakers' Capone and Juvenal, to mother nature's son, Cougar, Fox, and Bear. Not to mention the badasses, Tank and Notorious, Marvellous, Famous, and Tupac.

For cultural trends, it's Mad Men all the way, with six Draper kids released into the world. Homage to the late Dirty Dancer, Swayze. And Elvis is back (if he ever went away), as are the corresponding names Graceland, Presley, and Memphis.

The Royal wedding appears to have left its mark, as the absurdly conjoined Princewilliam, Princemichael, and Sircharles will attest.

While the calendar has historically provided baby name inspiration (April, June), it saw some new twists, including Tomorrow, Evening, and Future.

My personal faves: Moo. And lest we forget the northerly neighbours, at least 14 girls last year were named none other than Eh.

Oh, and intoxicants featured, too: Tequila, Chardonnay, and (I kid you not) Abeer.

So there you have it, your Monday morning giggle, courtesy of YMC. Now, quid pro quo. What's the most ridiculous baby name you've ever heard?