No Nosh for Posh 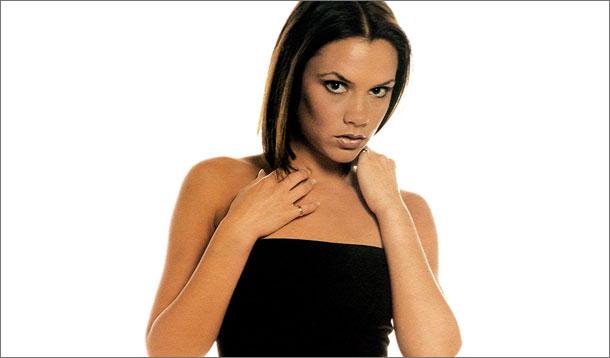 Talk about a warped sense of self. It seems that when Victoria Beckham — formerly known as Posh Spice — looks in the mirror, she sees the average woman. As far as Posh is concerned, her UK size 6 (a Canadian 4) figure is totally status quo.

For some reason, she's convinced that her bird-like figure is representative of that of the general British female populace. Newsflash Posh: the average British woman wears a UK size 16!

Beckham, who recently gave birth to her fourth child with soccer God David, stripped down to her swimwear for Harper's Bazaar magazine. The secret to her svelte self: snacking on edamame beans and frozen grapes. Yum.

So convinced is she that her build is the norm (or the ideal?), the pop star-turned-designer models clothes on her own measurements.

"We always joke that we have this fabulously gorgeous 17-year-old model who is six-foot-whatever and I say, 'OK, I'm going to put it on — I stand for the general public here,'" Beckham told Harper's. "It's how I work. I found it really difficult when I was pregnant and I couldn't do that."

She famously, or infamously as it were, sent back a handsome plate of roast beef at a swanky meal in honour of Burberry's 150th anniversary, demanding a salad instead. (You can just imagine how that went down with chef Jamie Oliver.)

Would you happily live like a bunny rabbit for the rest of your days if it meant having Victoria's 'average' physique?