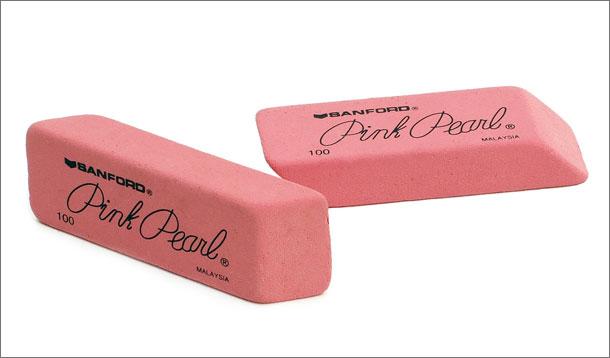 Forget the Hunger Games. Our kids have an equally disturbing imagination and propensity for pain, it seems. The so-called ABC eraser game is as innocuous -- or educational -- as it sounds. Although your kids may learn their letters, you'd rather they didn't go about it this way.

The eraser game -- whereby kids rub and eraser back and forth on their forearm with each letter of the alphabet until the skin breaks -- is big in Nebraska right now, and may have already spread north of the border.
By the time they reach Z, it's time to compare their eraser wounds. The winner -- you guessed it -- is whomever comes worst off. Not only can the erasers leave permanent scars, the game can actually lead to infections.

"It's really gross and disgusting," said 13-year-old Omaha student Rebecca Eorjas, who has witnessed but not partaken in the game. "[The wound is] really red, it's open, it's deep cut, it's bleeding, and when it heals, it's really brown, and it doesn't go away."

Dr. Reema Nasr cautioned against such wounds causing infections which may even result in "amputation or sepsis, a bacterial infection in the blood or tissues that can be fatal."

Although the game is not new, it is seeing something of a resurgence in recent years. (Previous versions of the game involved fingernails rather than erasers.)

"Only idiots do it," said a young girl known as Kid4ever, who showed off her her eraser game scar in a YouTube video. "So don't be like me... Well, just don't do it."

There are calls to stop the game on several Facebook pages.
For whatever reason kids have always played pain-inflicting games. Is the eraser game a mere extension of something like Mercy (in which you bent your opponents hands back) or Chinese burns? Or a more insidious experiment in self-harm?
Category:
Family - Kids
Tags:
the abc eraser game
self-harm
kids games
eraser game scars
eraser game
mummy buzz