Preemie Twins Kept Under Quarantine for a Year 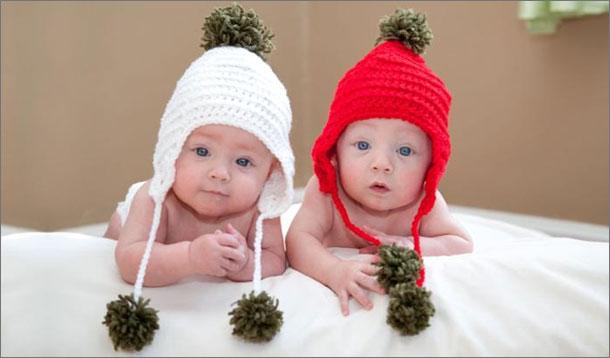 The urge to play Mama Bear to your offspring is a natural law, possibly even more so for babies born prematurely, who often come with a host of medical complications.  But is it possible to take that protective instinct too far?

For Kansas-city parents, Kyle and Laura Vangoethem, the decision to keep their fraternal twins under wraps was a no-brainer.

When the twins were delivered at just 26 weeks, they were given an 85 per cent chance of survival.  Though they were later discharged from the hospital’s neonatal intensive care unit, and given the all-clear, the Vangoethems remained fearful.

“They’re hooked up to monitors for months in the NICU and all of a sudden they hand you your baby [and say] ‘Go home. Good luck,’” Mr. Vangoethem told news station KMBC.

Even though the babies look far from the two-pound preemies they once were, their immune systems are still fragile. The only people the couple allows to visit with Reed and Anna are immediate family, and of course the KMBC camera crew, which shot this footage of them. There's even a sign on the family's front door asking visitors to "remove their shoes and use hand sanitizer."

“We didn’t see Santa. We have not been to restaurants or the mall,” admitted Ms. Vangoethem, who has taken the babies on short walks.

All being well, the Vangoethems plan to introduce the twins to friends and extended family this summer.

Can you blame these parents? Is the self-imposed quarantine understandable or excessive?  Will it help or hinder the babies?