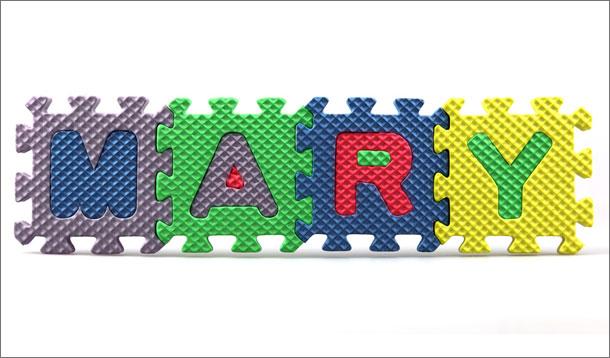 What's in a name? A shitload, apparently. So before you run and name your child something absurd like Dweezil, consider this: the wrong moniker can lead to "lower self-esteem, fewer relationship opportunities, higher likelihood of smoking and less education later in life."
That's according to European dating website eDarling whose study of 12,000 prospective 'daters' confirmed that name played a huge factor in desirability. Goes a long way to explain why this mystified 30-year-old winner -- Fbeezow Doo Doo Zopittybop -- is still single.

Moreover, based on the answers given by participants, those with awful names were found to have corresponding low self-esteem. The least desired name in the study? Not Kermit. Not Klondike.

Not Apple, or even Pilot Inspektor. But Kevin.

Moral of the story: think hard before you sign on the dotted birth certificate line. A whopping tenth of parents confessed on yourbabydomainname.com to already regretting the chosen name for their child, in the main because it was too trendy.