I'm Too Sexy for This Job 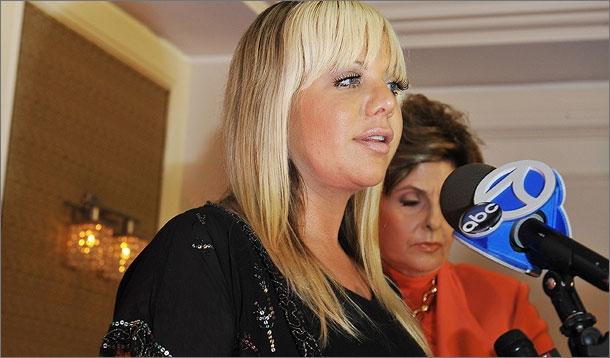 Just days after she was employed at a lingerie shop, a woman is suing the company who fired her for being "too hot."

Laura Odes was reportedly told by her boss two days into her new job at Manhattan lingerie store, Native Intimates, that her breasts were too big. You would think that would be a selling point at an undergarment store. But apparently it was the owners of Intimates, Orthodox Jews, who disapproved of the 29-year-old's bust line, which they claimed posed a "dangerous distraction."

Even as she complied to her boss's requests to tape down her breasts and wear loose clothing, Odes was nonetheless fired over the phone a week into her new job. Now she is suing for wrongful dismissal.

“When I was first told that I was too hot and that my breasts were too large, I was shocked," Odes told NY Daily News. "I thought that I was dressed appropriately every day for my job as a production assistant.”

Then her boss went one further and suggested Odes wear a red bathrobe, which they provided. When she tried it on, staff mocked her. "It was very shocking, very humiliating. It was a crazy experience, unlike anything I’ve ever been through.”

Odes took her complaint to the Equal Employment Opportunity Commission.

"I understand there are Orthodox Jewish men who may have their views on how a woman should dress and how much she should be covered," she said at a press conference. "But I am Jewish as well and don't feel any employer has the right to impose their religious beliefs on me."

Seeing as Odes wore a purple minidress with side zippers for her job interview, her employers should have known what to expect of her dress sense. To my mind, it's a question of environment. She was working in a lingerie shop, after all, not an office. So what if she dressed like Julia Roberts on the set of Pretty Woman.

Have you ever worn anything inappropriate on the job? Ever asked to tone down your wardrobe? If so, how did you react?