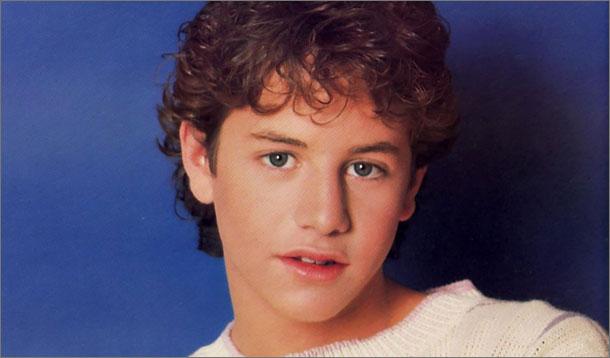 Ah, here's a post for my cousin, whose prepubescent walls were lined with Teen Beat tear-out posters of sitcom '80s heartthrob, Kirk Cameron.  (Personally, I was more of a River Phoenix kind of girl.)  Jen, you may regret that early crush after learning what a nob Kirk made of himself on a recent interview with Piers Morgan.

Viewers are still scratching their collective heads as to why the has-been Growing Pains actor even appeared on the talk show, other than as a set-up to out him as a homophobe in order to boost Piers' ratings.  But I digress...

The point here is that Kirk became a Christian in the years following his early success (perhaps praying for a pilot to launch him back into the limelight?).  When asked how he feels about gays, even though Kirk visibly squirmed, he didn't hold back, saying that homosexuality is "unnatural...detrimental, and ultimately destructive to so many of the foundations of civilization."

To his credit, Piers showed his colours as a parent, admitting if one of his kids came out of the closet he'd say, "Great, as long as you're happy."

Although Kirk skirted around the issue and tried to challenge Piers' own set of moral assumptions, you can bet it would suck to be his son or daughter.

Some of my personal faves:

Give me River any day... A troubled sensitive soul is better than a bigoted, sanctimonious one.

How would you react if your child told you that he/she was gay?  Or how did you?  Spill it.