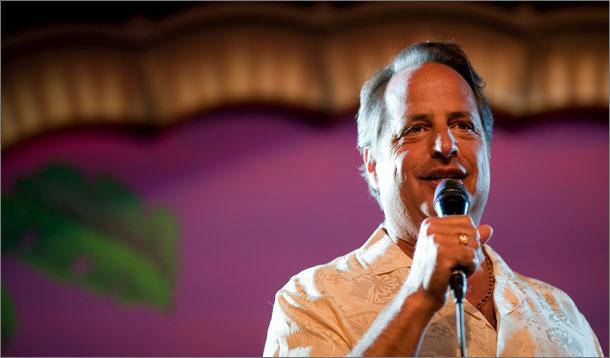 For Jon Lovitz it was no laughing matter. And unlike his cult Saturday Night Live sketch, he wasn't lying when he used Twitter to expose a nasty show of anti-Semitism involving maple syrup and dog poop.

The 'prank' involved three teenaged girls who targeted his friend's daughter by leaving this unsolicited gift on her doorstep.

"This is an insult to all of us," tweeted 54-year-old Lovitz, a SNL alumnus. “Let them be famous as Jew haters. Pls RT,” he added, requesting that his some 28,000 followers share their photo.

As their handiwork didn't cause permanent damage, the girls couldn't be charged by police.  One of the moms, however, who drove them to the California home in the middle of the night is being investigated, and the school expelled all three vandals.

Now if only all bullies and bigots could be named and shamed this way, the world would be on its way to becoming a better place.

But the man responsible for bringing the girls their just deserts was modest. "I merely stood up for him. AND all Jews as this is how it starts. I didn't make this an international story. The world did."