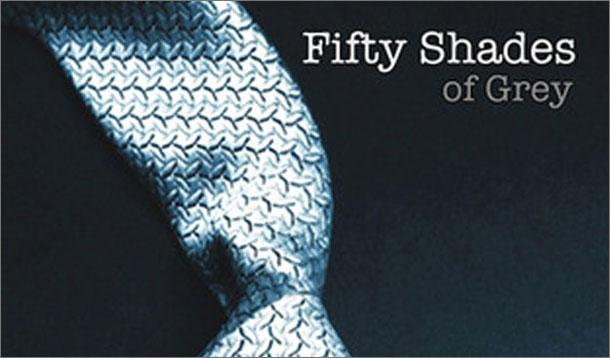 So here's a chicken and egg quandary for you. Are more women reading kinky lit because there is something lacking in between the sheets, or does reading the kinky lit help hot things up between said sheets?

(One for our resident sexpert, Dr. Trina!)

Already having sold more than 250,000 copies, the books—think Twilight but R-rated—explore the romance between a young billionaire, Christian Grey, and a college student, Anastasia Steele. Oh, and no vampires here, instead: a touch of S&M. Doesn't exactly scream stay-at-home, but go figure.  Right now the first in the series ranked in the top spot for both Amazon and Barnes and Noble. Also, Shannon Tweed is reading it!

A former TV executive, James admits that what began as 'fan fiction' has "taken me on an extraordinary and wholly unexpected adventure."  And she's not alone, more and more women are penning erotica and making a living doing so.  One mom, 39-year-old Kay Jaybee began writing to while away the time when her youngest child started school.

"So I largely write in secret and take a salacious pleasure from sitting in my favourite coffee shop, notebook in hand, writing down words I'd never ever say, about things I'd never do. Everyone just assumes I'm either studying, or planning a shopping list."

Indeed the similarities between Twilight's lovers, Edward and Bella, are rubbing some critics the wrong way. But clearly sales haven't been affected by the homage to Stephenie Meyers. But James argued that the "innocent heroine" and the "dark, emotionally unavailable hero" are hardly new concepts, though these stock characters have a passionate following.

Looks as though James is set to fill the gargantuan void left by Meyers. But can 'Shades' possibly live up to the hype?

Do you read erotica? Is it because of the chicken or the egg...