Tie a Knot in it Already 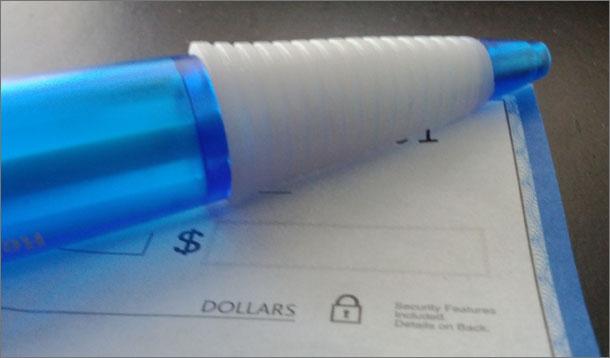 It's hard to feel much sympathy for a man who has fathered 30 children. Nonetheless, 33-year-old Desmond Hatchett from Tennessee had the cheek to request state assistance in order to make child support payments. (Dare I say, the state should have funded a vasectomy a long time ago...)

According to the Los Angeles Times, Hatchett had the brood, which spans from toddlers to a 14 year old, with 11 different women.

Not surprisingly, Hatchett who's currently struggling to make ends meet in a minimum-wage job, asked the court to "give him a break on his payments." (His earnings are reportedly split among the 11 mothers, some of whom receive as little as $1.49 per month.)

Apparently he had four kids in the space of a year -- twice. And even though he a local news station in 2009 that he was "done" with having kids (he had 21 at the time), he clearly wasn't.

As far as serial fatherhood goes, Hatchett isn't alone. 28-year-old NFL player Antonio Cromartie apparently fathered 10 children by eight women in six states. And Hatchett has a ways to go to catch up this man's record. Then again, he's only 33. Plenty more time.

I can only assume this guy's some kind of real life Don Draper or Deuce Bigalow. How does one man manage to sow quite so many oats so recklessly? Did these women have no idea about his past, or was he just such an unbelievable stud that they didn't care?