It's an Understandable Thing 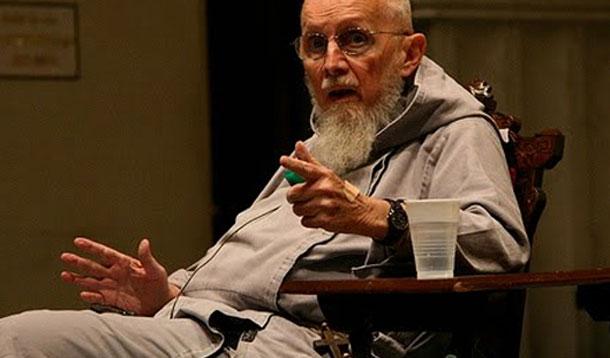 A prominent Catholic priest is facing the wrath of the masses after recent comments he made in an interview on EWTN, effectively blaming the victims of sexual abuse by clergy.

"Suppose you have a man having a nervous breakdown, and a youngster comes after him," said Father Benedict Groeschel. "A lot of the cases, the youngster—14, 16, 18—is the seducer... A kid looking for a father and didn't have his own... It's an understandable thing, and you know where you find it, among other clergy or important people; you look at teachers, attorneys, judges, social workers."

Father Groeschel even seemed to express sympathy for pedophiles, referring to Jerry Sandusky as "this poor guy."

Although the The Franciscan Friars of the Renewal (the religious order to which Groeschel belongs) apologized in a statement, calling Groeschel's comments "inappropriate and untrue," the Catholic Church has issued no form of disciplinary action.

"I can't help but wonder how many lines he's crossed and who he's damaged in his days," wrote a commenter named Joy J. "Any sane person wouldn't call a pedophile a 'poor man' or play down a victim of sexual abuse as a 'consenting adult.' I don't think the Catholic church, or any religion should be allowed to hide behind their leaders. If you commit a crime, it's no longer in the hands of the church, but the law of the state. Yes, God will judge them in heaven, but that doesn't mean their [sic] exempt from the laws of man."

More disturbing than Groeschel's comments, perhaps, is the fact that The Franciscan Friars of the Renewal have since attempted to justify the priest's comments as being a result of possible brain trauma due to a car accident that took place seven years ago and left him with cognitive difficulties which affect his ability to communicate effectively.

The plug has since been pulled on Groeschel's Sunday evening show.

Think this priest had the most progressive idea by far... Would a lift on celibacy curb pedophilia? 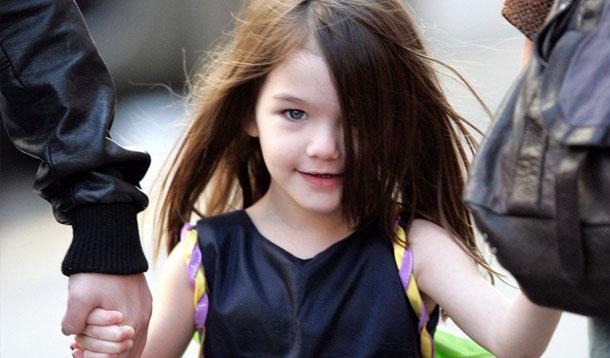 It's scant comfort that the book, subtitled a "Well-Dressed Commentary From Hollywood’s Little Sweetheart," was intended as a humorous take on what goes on inside the mind of a six-year-old starlet whose only claim to fame is the biological parents she was born to, Tom Cruise and Katie Holmes.

Allie Hagan, the 25-year-old policy consultant in Washington, D.C. who penned the book for a lark and wrote about it in the Huffington Post, seems to be feeling a belated modicum of guilt, following TomKat's divorce. Not that that stopped her from banking on the coat tails of Suri's glittering (and some might say, tragic) start.

The book came on the back of a blog by the same name, a play on the pink tome from 2004 film Mean Girls, with Hagan adopting a quasi-Anna Wintour voice full of snobbery and snark.  In it she condescends to her fellow child celebs, and even passes a bitchy commentary on her mother's "elfin boots."

If Scientologists make a point of never saying no to a child, then Suri's been overindulged at every turn, from private jet rides to Disney to publicly documented hissy fits in front of a pet store.

But is Suri a diminutive diva or simply a little girl lost in the shuffle of her parents' split, playing up under the ever-glaring media eye? Even Hagan isn't so sure anymore.

“There’s a twinge of sadness there that I don’t want to poke at," she wrote on Huffington Post, "...the possibility that Suri is losing her mind, not because she’s a drama queen who just spilled her ice cream but because her life is complicated and evolving right now.”

Hagan might have thought of this before cashing in on the Suri story.

The Architecture of Sleep 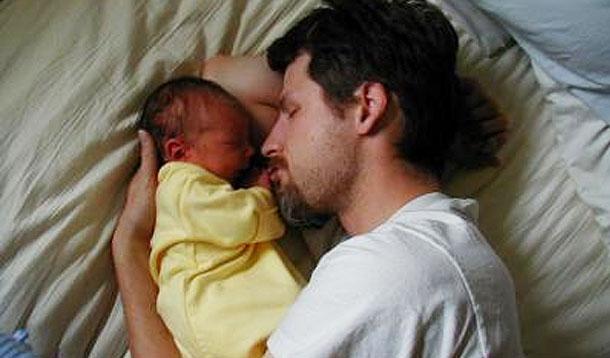 Close contact with babies is as important for fathers as it is for mothers, according to a Science Daily article regarding new research published in the journal PLoS ONE. Researchers at the University of Notre Dame further found that dads sleeping in close proximity to their children had lowered testosterone levels, commonly considered to foster bonding and parental involvement in men.

"Human fathers' physiology has the capacity to respond to children," said lead researcher, anthropologist Lee Gettler. "Our prior research has shown that when men become fathers, their testosterone decreases, sometimes dramatically, and that those who spend the most time in hands-on care—playing with their children, feeding them or reading to them—had lower testosterone. These new results complement the original research by taking it one step further, showing that nighttime closeness or proximity between fathers and their kids has effects on men's biology, and it appears to be independent of what they are doing during the day."

Of the 362 fathers between the ages of 25-26 in the Philippines studied, those who slept in close proximity to their children—either in a shared bed or shared room—had lower levels of testosterone in their saliva in the evenings than those who slept separately. Lower levels of testosterone have previously been found to encourage more responsive and sympathetic parenting in fathers, much like that of maternal hormones.

For Gettler, the implications of this study raise interesting questions: "How much do fathers vary in their nighttime care when their kids are close by? How does co-sleeping change fathers' sleep architecture when we know that co-sleeping increases mothers' arousals and mothers sync to their infants' sleep patterns."

While I love cuddles in bed with my son, my bed is reserved for me and my spouse. For sleep. We tried sharing the marital mattress for a time but my toddler was too fitful and we quickly tired of getting kicked, poked and prodded while we tried to get some shut-eye.

Does co-sleeping make for stronger parental bonds? Does it make you a more responsive parent as this study seems to indicate?