No Thickset People in Buchenwald! 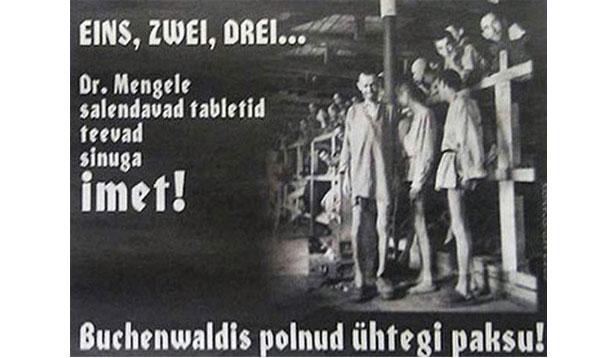 In what was essentially the poorest taste ever, an Estonian newspaper printed an ad for slimming pills showing concentration camp victims as models. The caption on one of the ads reads, “There were no thickset people in Buchenwald!”

Needless to say, the ad has shocked and outraged the country with its reference to the largest German concentration camp during WWII.

“Do you, the respected editors of Eesti Ekspress, happen to know that a total of 56,549 people were tormented at Buchenwald?” wrote Mihhail Kõlvart, Deputy-Mayor of Tallinn in response to the ad. “And that Dr Mengele staged monstrous experiments on Jews, by the way not in Buchenwald, but in Auschwitz? That he personally selected the arriving prisoners and personally sent over 40,000 people to gas chambers? Do you find it amusing?”

Sadly it's not the first time this sort of marketing rot has happened in Estonia. National gas company, GasTerm Eesti, reportedly advertised products using a photo of Auschwitz, with the caption, "Arbeit macht frei" (Work sets you free) together with the company slogan, "Gas heating—flexible, convenient, and effective."

No doubt about it, Nazi merchandise and advertising is sick and beyond the pale, but is it actually a hate crime? Should such companies be fined or face criminal charges for their actions? 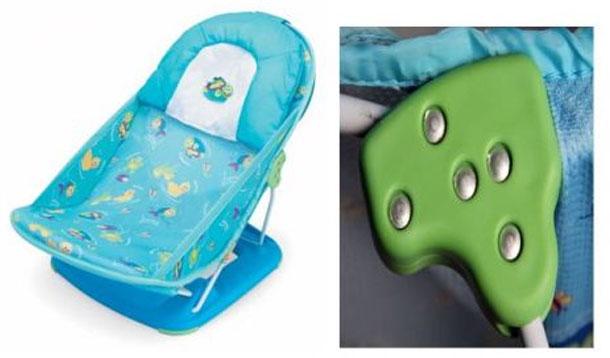 * Only bathers with a five-metal rivet hinge are affected.

If misused as an infant carrier, the headrest may fold posing a fall hazard for the child.

Customers are advised to NEVER use the bather as a carrier, and to contact Summer Infant Inc. immediately for a free repair kit which includes a locking strap and instructions.

For further information, customers may contact Summer Infant at 1-800-426-4627 between 8 AM and 5 PM ET Monday through Friday or visit the company's website.

From September 2004 to November 2011, approximately 65,000 units of the recalled bathers were sold in Canada. 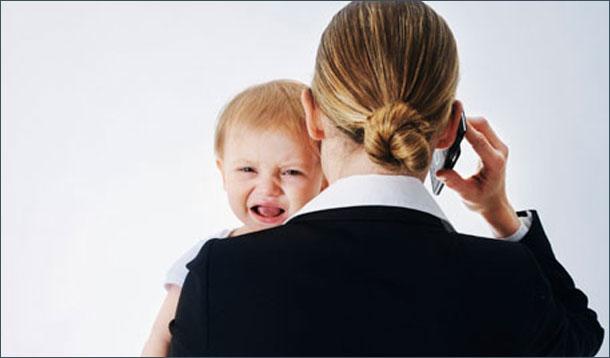 We've heard it a trillion times before: parenting is the hardest job there is. But writer Jessica Valenti isn't so sure. In a recent article on Babble, she posts that being a mom isn't the be all, end all we often make it out to be.

"And as much as I love my daughter," writes Valenti, "I don’t believe caring for her is the most important thing I’ll ever do either." She goes on to question whether being a parent is as important a job as say, a firefighter or a factory worker.

The natural sequitur to this argument is that if being an at-home mom is such a tall order, then why aren't full-time parents paid for their labours? Why aren't dads everywhere jacking in their day jobs in order to raise their kids, instead of hiring nannies—complete strangers—to do so?

It's only the hardest, most rewarding job because we convince ourselves thus. Otherwise, says Valenti, the "diaper changing, the mind-numbing Dora watching, the puke cleaning, and the complete self-sacrifice" truth is just too damn depressing.

Moreover, Valenti claims helicopter or hyper-parenting is the "understandable outcome of expecting smart, driven women to find satisfaction in spit-up." She claims the energy we put into our children may, in fact, be misdirected (she feels it would be better spent in the public sphere) and is making us downright miserable.

Bottom line: we can love our children without feeling the world revolves around them. We can love our "job" as moms without being under the illusion that it's the hardest or most valuable achievement in the world.

Is Valenti offering moms a much-needed reality check or a dose of bitter juice?