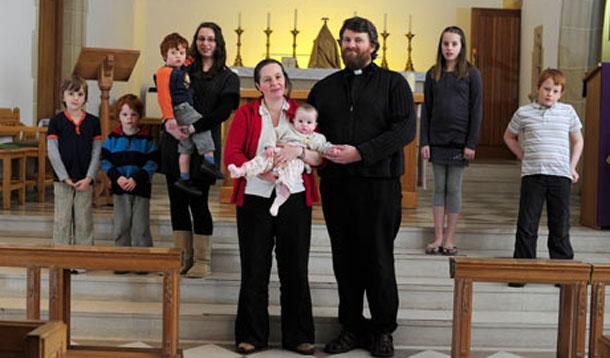 Well, at least he kept some of the holy commandments. Thou shalt not use contraception... Far from being celibate, Roman Catholic priest Father Ian Hellyer is married with nine children.

The times they are a-changing, but not so fast. Turns out, 45-year-old Father Hellyer used to be an Anglican priest living in Devon, England. This time last year he had a change of heart. He didn't decide to leave the Church altogether; it wasn't a crisis of faith so much as which faith.

"I felt like a fish out of water," he explains. "The Church of England was changing its mind about everything all the time."

The irony can't be lost on him. A year later he switcherooed and became a Roman Catholic priest, after the Vatican changed a policy allowing married Anglican priests to convert to Catholicism.

But isn't that having your cake and eating it, so to speak? "Celibacy isn't a core issue in the way, for example, that the bodily resurrection or the virgin birth are core issues – and these were the sorts of things I felt Anglicans were sometimes unclear about," Father Hellyer explains.

When asked if his example might prompt the Vatican to rethink its rules on celibacy, Hellyer remains mum. "I'm happy to be a good witness of how the married priesthood could work, but I don't have a sense that raising it as an issue is my calling in the church. I'm happy to trust the pope to take the decision."

Would you have more faith in a priest if he was married? 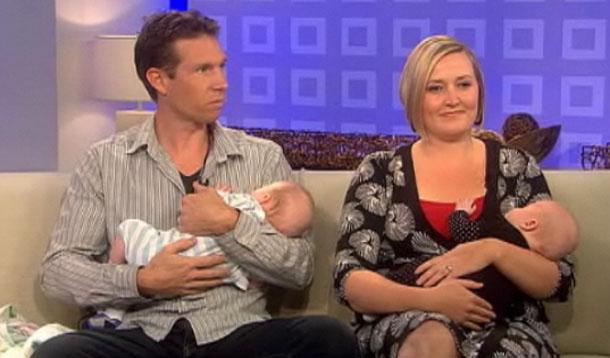 In other news, an early Christmas miracle down under. Premature baby Jamie Ogg was pronounced dead after medical staff in the Natal Intensive Care Unit (NICU) tried to revive him for 20 minutes.
But after his mom Kate cuddled him and said her goodbyes, incredibly the newborn came back to life. It was thought that skin-on-skin contact -- what Aussies call kangaroo care because of the manner in which a joey receives warmth in its mother’s pouch -- brought Jamie back from the dead.
Even though the Oggs tried to alert staff that Jamie was growing more and more active, they were dismissed and told it was the baby's reflexes. It was only when Kate admitted that she was done saying her farewells that the doctor returned. What he saw astonished him.
“I don’t believe it," he said, shaking his head and frantically reaching for a stethoscope.
No doubt about it, Christmas came early for the Oggs who remain concerned that those two hours in which Jamie was largely ignored will not result in brain damage or other developmental problems.
Do you think medical staff were wrong to give up on Jamie so quickly?
Category:
Family - Pregnancy
Tags:
kate ogg
jamie ogg
baby brought back to life
kangaroo care
mummy buzz
Dec
19
2011 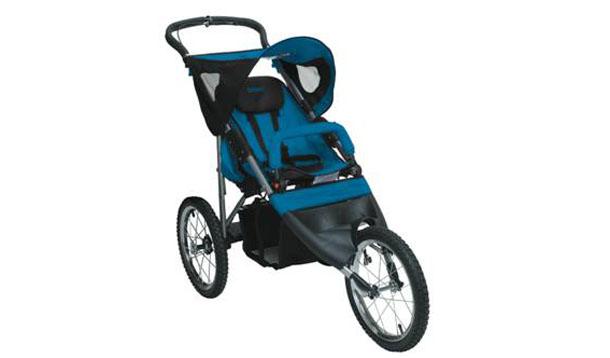 Health Canada and Dorel Distribution Canada have recalled Safety 1st Jogging Strollers manufactured prior to 2005 (models 01-555CYB and 01-555CSBC) due to fracture hazard. When a child is placed in the stroller in the rear-facing mode, their leg can become caught between the wheel and the stroller frame.

Customers should immediately stop using the recalled stroller in the rear-facing mode and contact Dorel Distribution Canada to obtain a repair kit and to visit Dorel's website to determine if their stroller model is among those recalled.

For more information, consumers may contact Dorel Distribution Canada toll free at 1-800-544-1108 Monday to Thursday between 8AM and 6PM ET and between 8AM and 4:30PM ET on Fridays in order to receive a free repair kit or by email at [email protected].