Olympics Announcer: Simone Biles’ Adoptive Parents are "NOT her Parents"

Time to set the record straight 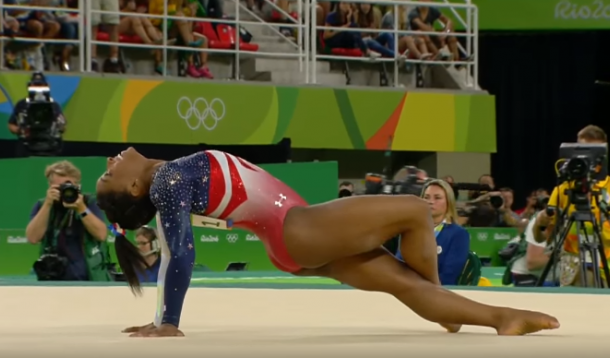 NBC commentator Al Trautwig was forced to do some fast back-pedalling after posting this tweet about Olympic gymnast Simone Biles:

Even though Trautwig quickly deleted the highly insensitive and inaccurate comment, the internet never forgets. Screenshots were taken.

And many - including Biles' own coach - rushed to her defence. Adoptive parents are still parents.

Making such distinctions is hurtful and insulting for parents and adoptees alike.

In this particular case, the 19 year-old athlete and her sister were both adopted by their maternal grandfather, Ron Biles, and his wife, Nellie, because the girls' biological mother was an addict.

Biles admitted as much in an earlier interview with USA Today.

“When I was younger, I was adopted by my grandparents, which are now my parents,” she said. “I call them Mom and Dad. Everything’s just been so normal.”

How is her lineage or her personal story relevant to her career, anyway? It's not.

Frankly the fact that she's adopted is no one's bloody business - much less fodder for a sportscaster covering the Olympics.

In fact, it's pretty gauche to delve into details about an athlete's private life beyond saying something like, "Well, look at her proud supporters."

To his and NBC's credit, Trautwig apologized:

“I regret that I wasn’t more clear in my wording on the air. I compounded the error on Twitter, which I quickly corrected. To set the record straight, Ron and Nellie are Simone’s parents.”