The News Your Dentist Doesn't Want you to Hear 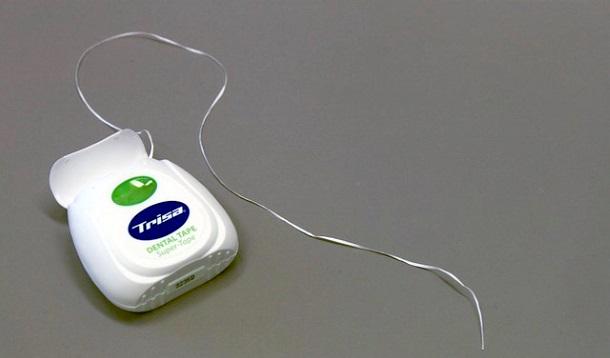 As far as scandals go, it's a biggie. After all, how many of us grew up believing that brushing and flossing every day was the secret to healthy teeth and good dental hygiene?

Now it seems that century-old advice isn't even built on solid research. Strangely, there is little research backing up the medical benefits of flossing.

Yet since the '70s the American Dental Association has included flossing in its guidelines, which legally must be supported by scientific evidence.

When pressed last year, the federal government removed flossing from the guidelines, admitting its efficacy had never been researched.

So it seems all this time we've been sold a lie. An expensive lie, of the white string variety.

Flossing research was at best found wanting, "weak, very unreliable," of "very low" quality, with "a moderate to large potential for bias."

The studies show that flossing isn't effective at removing plaque, and only results in a "slight reduction in gum inflammation" that can eventually lead to gum disease.

President of the American Academy of Periodontology, Dr. Wayne Aldredge, admitted existing studies were limited and flawed, yet that's not to say flossing doesn't work. He claimed long-term studies are needed to prove whether flossing can in fact ward off gum disease, which develops over time.

"It's like building a house and not painting two sides of it," said Dr. Aldredge. "Ultimately those two sides are going to rot away quicker."

In many cases, the industry itself has funded the research, some of which is only conducted over a two-week period.

Then there's the fact that many people floss incorrectly.

All of the above doesn't prove that flossing is a totally pointless exercise. What it does prove is that consumers have been lied to all this time, and sold a product with no sound proof that it works.

So until science tells me otherwise, I'm gonna hedge my bets and keep flossing. Because corn on the cob.

RELATED: Want a Confident, Healthy Child? Pick Up a Toothbrush