time to put on the parenting pants 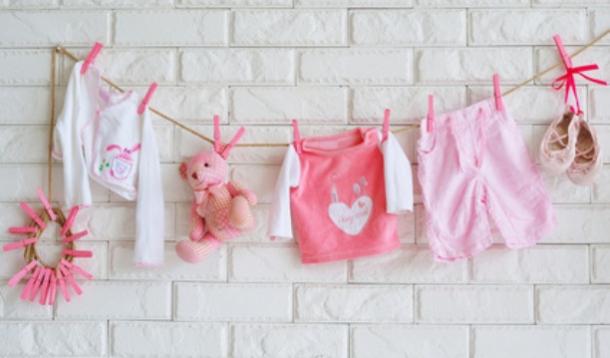 Just when you think you've got your hands full, along comes a Kansas mom who has not one, not two, but three - THREE! - sets of twins. In two years. Yeah, do the math, then put your eyeballs back in your head.

"They call me 'Double Trouble,'" said Danesha Couch. "Every time I get pregnant, it's double-trouble." The 20-year-old has given birth to three sets of fraternal twins without a single fertility drug.

"I felt like a freak of nature," she added. "Everyone I told said that sounds impossible."

But Couch isn't bemoaning her fate. Far from it. She knows full well that some women can't have children at all, and feels grateful for her bounty. Genetically speaking, it is strange that she should win the lottery of odds three times consecutively.

And she's no stranger to tragedy. When her first set of twins - boys - arrived at 26 weeks, one son didn't make it. Five minutes after birth, Desmond died. His surviving twin, Danarius, is a thriving two year-old surrounded by girls.

When the third ultrasound revealed yet another set of twins, Couch and fiancee, Jeffrey Presler reportedly turned to each other and agreed: "This is going to be crazy, but we got this."

"I said to him, 'It's time to put on our parenting pants and step it up because we've got more coming,'" Couch recalled.

While twins don't run in Presler's family, there are twins outside of Couch's immediate family.

Couch's days are filled with meals and diapers and clothes. (Imagine dressing, feeding, changing five babes... Can't even.) Cue all the jokes about starting her own sports teams, rock band, etc.

She admits there are tough days with her big brood. Couch compares her kids'  personalities to a "big pot of gumbo," and each day with them to "a suspenseful movie."

"It keeps you on your toes and it keeps you guessing but it definitely keeps me out of trouble, to have babies of my own to take care of."

"My children are my heart," she said. "They're my life, and I wouldn't change my life."

That is some intense child-rearing. But you've got this, Danesha!

RELATED: How to Thrive While Parenting Twins or Triplets