This is How to React When Your LGBT Teen Comes out 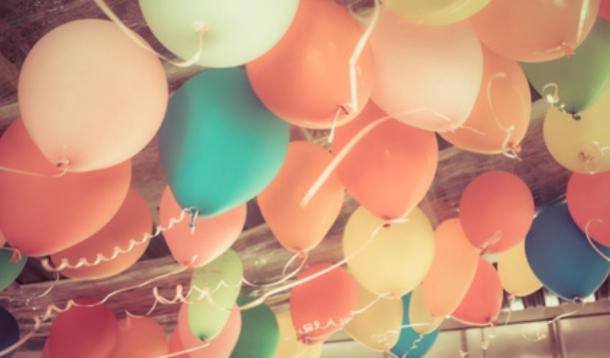 Being a teenager is hard enough. When you're a gay, it's harder - especially if you haven't officially 'come out' and are unsure how your family and friends will react.

Such was the stress on Kinsey's young shoulders. The 17-year-old teen finally had the talk with her parents.

To show Kinsey their support, her extended family planned a surprise Pride (surPride) party disguised as a Fourth of July party.

Although they weren't sure how she would react (families are sooo embarrassing), Kinsey was clearly touched.

When she spotted all the rainbow-themed food and decorations, the penny dropped. The icing on the Independence Day cake came when the cake was sliced into - revealing its rainbow layers.

Independence Day will no doubt take on another meaning from now on for Kinsey, who shared the pleasant surprise on social:

My family threw me a surprise pride party bc I came out to all of them lmaoooo pic.twitter.com/tWBooVKF4S

Fellow teens rushed to congratulate Kinsey and to share their own fears about coming out to family.

The timing of such a story is pivotal, in the wake of the Orlando shootings. If parents were more accepting of their children, what happened in the Pulse nightclub may never have transpired.

"I wasn't positive [my parents would] be OK with it. I knew they were OK with the LGBT community, but firsthand experiences are always different," Kinsey said. "I do hope that it brings some hope and light to the community. But you do have to take into consideration your own situation because everyone's going to have different reactions."

Of course not every family will throw parties or wave their rainbow flags. That reaction is not even necessary, though it doesn't hurt. I think Kinsey's point about firsthand experience is right. What many parents tolerate and accept in principal doesn't apply behind closed doors, when it's their own flesh and blood. That's when a parent's true colours really shine through, and it can make or break relationships.

It boils down to kids needing to know they are loved and accepted no matter what. It's impossible to truly love your child without accepting them for who they are.

Like this blogger so eloquently put it, I have no problem with my son being gay. If he is, so be it. I just hope by the time he's ready to face the world, it's a less hostile place than it is right now.

RELATED: I'm Terrified My Son Will Tell Me He's Gay