What Apples Can Teach Kids About Bullying 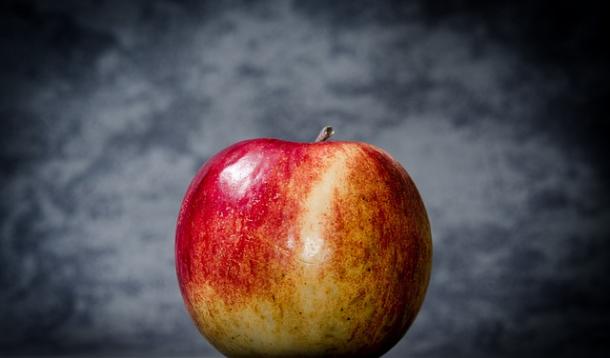 I know, I know, it's the last day of school for millions of kids everywhere, and they aren't the only ones sprinting for the finish line. But before you relegate the backpack to the closet, you'll want to recreate this teacher's clever bullying lesson - using only a couple of red apples - at home.

Rosie Dutton, a teacher in Birmingham, England, recently took to Facebook describing the experiment. First, she repeatedly tapped and gently dropped one of the apples on the floor before class without telling the kids.

Because she didn't like it, she encouraged the kids to call that apple names, too, while the other fruit was praised and complimented.

Then the class discussed the similarities and the differences between the fruit, agreeing the apples were more or less the same.

When cut open - you guessed it - the dropped apple was visibly bruised and brown.

Dutton went on to describe the "lightbulb moment" when the kids saw the perceived effect of their words:

"They really got it, what we saw inside that apple, the bruises, the mush and the broken bits is what is happening inside every one of us when someone mistreats us with their words or actions," read the post.

"When people are bullied, especially children, they feel horrible inside and sometimes don't show or tell others how they are feeling. If we hadn't have cut that apple open, we would never have known how much pain we had caused it."

And no wonder. It's a profound message that kids of all ages need to see for themselves. Forget frog dissection. Let apples be your science experiment for the summer.