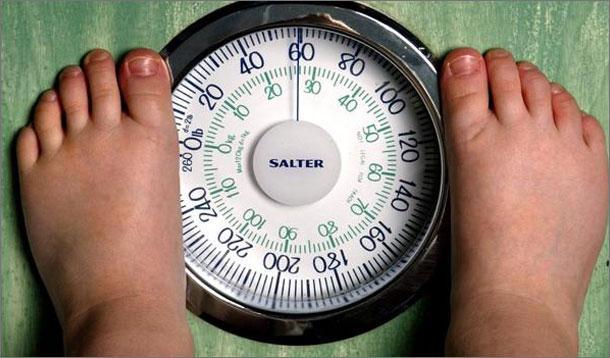 Obesity is a real problem that often has its origins in childhood.

As a parent, it's hard to know whether to speak up or stay silent when your child is overweight. If you comment, you risk setting your kid up for an eating disorder. If you say nothing, you may be jeopardizing your kids' health.

A new study published in the journal Eating & Weight Disorders has found that a parent's comments on their child's weight can have a lasting damaging impact. Researchers who looked at more than 500 women in their 20s and 30s found that even if the child was not overweight, comments about weight could trigger disordered eating and bodily dissatisfaction in later life.

“Parents who have a child who’s identified as having obesity may be worried, but the way those concerns are discussed and communicated can be really damaging,” said Rebecca Puhl, deputy director of the Rudd Center for Food Policy and Obesity at the University of Connecticut. “The longitudinal research shows it can have a lasting impact.”

Girls were particularly susceptible because they tend to internalize messages about their body image. The study found that comments parents made in childhood were directly tied to how the women later perceived themselves. It didn't even matter how infrequently the comments were made or whether the women were overweight at the time, the effects were profound.

I can relate. As a chubby child, my weight was openly discussed and remarked upon by classmates, family members, my doctor (in front of me). It was a subject. Puberty saw my limbs stretch out. My childish paunch disappeared, leaving in its wake a flat stomach. But it was too late. When I looked in the mirror, I still saw the chubby girl. I see her to this day. Decades later, I can't quite leave her behind. I'm still stuck listening to the same boring fat rhetoric and berating myself for not eating less/better and exercising more on an almost daily basis.

I'm not unique in this regard.

In fact, other studies have pointed to the fact that early comments can even increase the likelihood of obesity several years on. And comments made by family members hurt the most.

According to Dr. Puhl, parents end up “tying weight to some kind of perception about how the child is valued," which in turn can lead to negative feelings and disordered eating.

The message is clear: rather than talking to your kids about dieting or losing weight, parents should direct the conversation to healthy eating patterns and modelling when it comes to exercise and food shopping.

Puhl suggests not even broaching the subject until child does. And even then, not until children are older. Weight should not even be on a young child's radar. Always, parents should offer support without judgment.

RELATED: PSA: Commenting on Other People's Bodies is NOT Cool