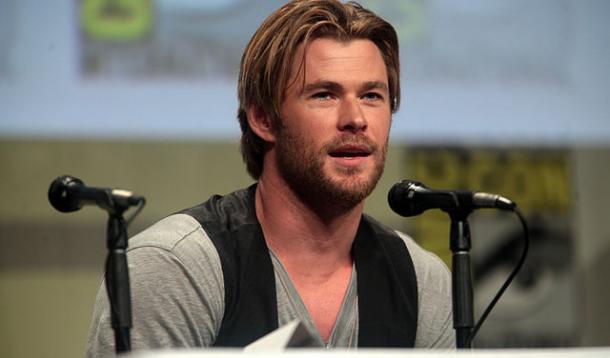 Tongues are wagging over a sweet video of Aussie actor Chris Hemsworth in which he recounts to Ellen a conversation he had with his four-year-old daughter.

Since she is growing up with twin two-year-old brothers, it's no surprise that she wants to be just like them.

The Huntsman: Winter’s War star, like all parents, wasn't equipped for the awkward exchange in which his little girl declared that she wants "what [the boys] have between their legs."

When Hemsworth explained that she is a girl - and nature will in due course provide her with her own set of body parts - his daughter was having none of it.

Of course situations like this spring up and catch all parents unawares. They're called teaching moments. But Hemsworth's "You can be whatever you want to be" response missed the mark, according to many.

Mostly because it's not a biological fact. Girls can't just grow penises.

Commenters were quick to point out that a better response would have stressed that being a girl is something to be proud of in its own right. That a girl can be everything a boy can be. That possessing a penis doesn't make you less; it doesn't make you more.

But the fact is, the girl is four. Four year olds are full of fanciful curiosity. Hemsworth gave her the kind of simplistic reply that is age appropriate for a four year-old.

No matter which gender she grows to identify with, I'm sure Hemsworth and his family will love and support her all the same. And in the meantime, hopefully we wake up to the idea that real superpowers don't reside inside a person's tights.