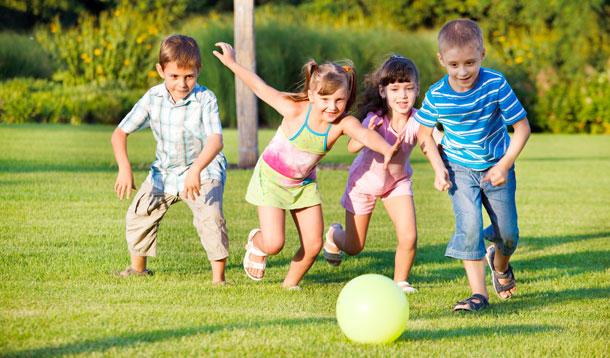 As Cyndi Lauper famously said, "Girls just wanna have fun." And fun - according to the parks and rec people in Richmond Hill, Ont. - is narrowly defined as scrapbooking, baking and getting manicures. At least those were the activities proposed in their Girlz Rock camp.

Da Boyz, on the other hand, are promised a more "extreme" agenda, including rollerblading, biking, swimming and playing ultimate Frisbee.

I know, I couldn't believe it either. It being the year 2016, I pinched myself, but nothing happened.

But blessed be the powers of social media, because the people who climbed out of their rock caves and dreamed up this grossly stereotypical summer programming were forced to own it.

A similar event transpired at the Dovercourt Recreation Centre in Ottawa which offered boys paintball, card tournaments and go-karting, while the girls were stuck doing yoga, make healthy snacks and create jewelry.

All great activities, all great for both genders. Clearly the programming people in Richmond haven't yet seen the viral photos of their own PM Justin Trudeau masterfully assuming peacock pose...

And just as well we don't live in Ottawa - or Richmond Hill for that matter - as my seven-year-old son would be begging to sign up to the girls' club!

What is terrific about Twitter and Facebook is that it takes no prisoners. Following their public shaming, Richmond Hill has renamed its camps, and Dovercourt is facing similar pressure.

It's our jobs as parents and as citizens to call out sexist and engendered nonsense every single time we see it. That is the only way forward.

I still dream of the day when my son can crochet and not feel embarrassed or ridiculed, and every daughter out there can kickbox till her heart's content. That time hasn't come yet, but we're getting a bit closer each day.

RELATED: Is it Day Care or Day Camp?