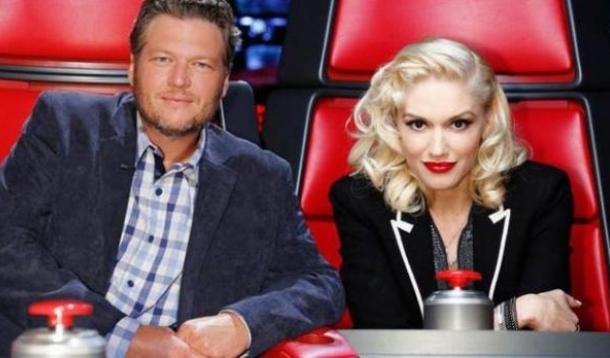 In case you hadn't noticed, the internet is freaking out. And it has nothing to do with Trudeau.

Reps have officially confirmed the rumours: co-hosts of The Voice Blake Shelton and Gwen Stefani are officially an item.

Yes, two musicians are dating. Yet because they are so diametrically opposed in terms of style and sound, the internet just can't seem to wrap its head around the concept.

Or maybe it's the fact that until not long ago, both Shelton and Stefani were married - to other people. Stefani is mom to three kids aged nine and under. Her youngest is a only year old.

Every time a strong (by outside appearances anyway) celebrity couple falls, it's a chink off the very institution of marriage. We want it to work out and when it doesn't, we take it badly. Just imagine if Angelina and Brad were to split, the devastation...

Though The Voice hosts have been friends for a while, that friendship took a flirty turn a couple months ago, Stefani and Shelton were spotted cozying up at various Halloween bashes last week.

For some reason the match is jarring. Stefani with her quirky alternative origins and Shelton the country star. Both were picture-perfect with their previous partners, except how quickly we forget, that's not how love works.

These are two performers who at face value look disparate when in fact they actually have a lot in common - which they no doubt (sorry) discovered having spent so much time in green rooms together over recent months.

Far be it for us to judge where Cupid flings his wayward arrow. Though Shelton and Stefani may not be an obvious couple, sometimes those turn out the best partnerships.

And if nothing else, at least it makes for more interesting TV.