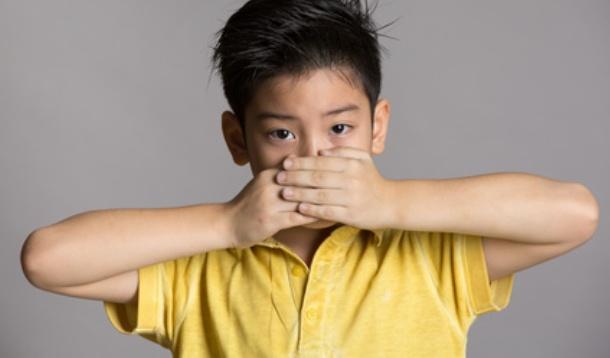 Sticks and stones may break my bones, but everyone knows the power of a well-chosen playground insult. Educators in England certainly are cognizant of this fact, which is why they've compiled a list of sexist words/phrases that kids can no longer say at school.

“We have always had clear policies on racist language but now we are making it clear to staff that any kind of sexist language is not acceptable,” said Janice Callow, deputy head of Fairfields High School in Bristol.

The new guidelines will see phrases like "man up" and "go make me a sandwich" banned from the lexicon. Kids caught saying them will be reported to teachers by other kids.

While I can get behind this thinking, I've never actually heard anyone of my generation utter the phrase "man up," nor have I, in our 16 years together, been asked to make a sandwich. And I lived in England for 10 years...

Calling someone a "sissy" falls under the general bullying umbrella, and could be used to belittle both boys and girls.

“Saying ‘Don’t be a girl’ to a boy if they are being a bit wet is also unacceptable," said Callow. "Language is a very powerful tool. You have to be so conscious of what you are saying to children.”

Without these token phrases, won't kids simply find ever more creative ways to be put each other down? Correct me if I'm wrong, but shouldn't the focus be on teaching mutual respect in schools, rather than merely singling out select terminology?

Under the guidelines, teachers will also be appointed as 'gender champions', tasked with encouraging girls to study traditionally 'male' subjects (economics, computer science and physics) - and boys to take 'female' subjects (English literature, foreign languages and psychology) - at a higher course level.

Again, shouldn't we be encouraging ALL kids to pursue their singular interests and passions, stereotypical or not? (With the obvious caveat from a former Lit major that if you like your creature comforts, you may wish to reconsider that arts degree!)