Jennifer Lawrence Has Balls To Go With Her Vagina

"I’m over trying to find the 'adorable' way to state my opinion and still be likable!" 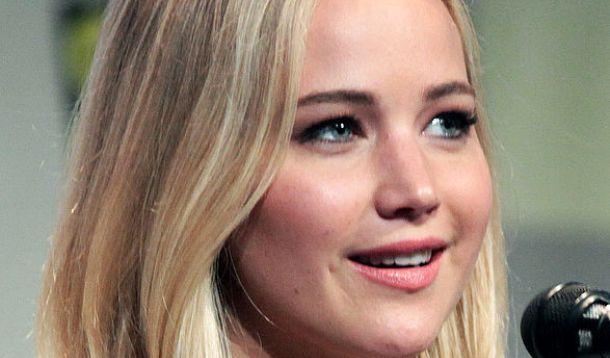 There's a lot to love about Jennifer Lawrence. Although she may no longer be Hollywood's darling, one thing she isn't, is a coward.

The Hunger Games star recently published an essay entitled "Why Do I Make Less Than My Male Co‑Stars?" in which she discusses the gender inequality in her industry. Though she may not have enamoured herself to contemporaries in the process, the vast majority of us are fist pumping behind our screens because J Law had the balls for telling it like it is.

Why Do I Make Less Than My Male Co‑Stars? (subscribe at www.lennyletter.com to read more)When Lena first brought up...

But she isn't stupid. She knows her "problems aren’t exactly relatable." She knows it's hard to feel sorry for someone as successful as her.

Many of us balk at the feminist label - Lawrence included - that in itself is part of the problem. We hate to speak too loudly, too forcefully because deep down, we aim to please. Ultimately we want to be remain sweet and likeable. Yes, even Jen Lawrence.

In the essay, she admits that she blamed herself when the Sony hack revealed the pay gap between actors and actresses. She blamed herself for backing down, for not negotiating her own deals as vigorously and unapologetically as male costars like Bradley Cooper.

So what held her back?

"I didn’t want to seem 'difficult' or 'spoiled,'" she writes. Like so many of us, she admits to this "lingering habit of trying to express our opinions in a certain way that doesn’t 'offend' or 'scare' men."

Well, I can tell you, Jen, that experience isn't limited to Hollywood. Those same dilemmas and double standards continue to dog working women in every industry, and I've been guilty of it myself.

If women simply speak in the same tone or manner as a man, they are blunt or bitchy, where the dude is "commended for being fierce and tactical."

Lawrence questions whether things would be different if she didn't happen to have a vagina. Probably... But at least now she has balls to go with it.

RELATED: Meeting Celebrities as a Celebrity