Lammily: The Doll That Gets Her Period

No shame in menstruation 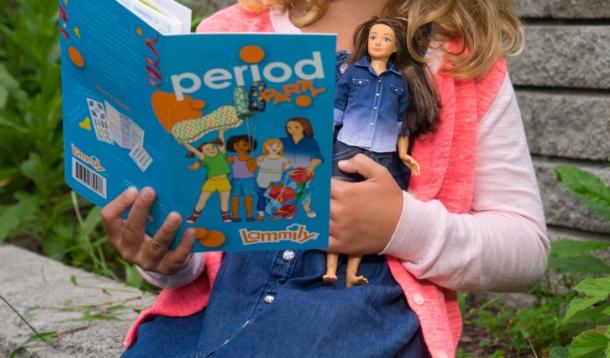 What's not to love about Lammily? After all, the doll has "realistic" proportions, which is more than we can say about her grandma, Barbie. But just how much realism do you need in a toy?

Lammily now comes complete with an unprecedented accessory. Not, it's not the new iPhone, but a pack of colourful sanitary pads.

The idea is to help broach the subject of periods without fear or disgust.

"If a doll has pads, how can [menstruation] be taboo?" asks Lammily designer, Nickolay Lamm. "Periods are such an integral part of a woman's life, just a healthy part of it. It shouldn't have to be swept under the rug."

Launched in 2014, Lammily was a trailblazer in the doll world. She blew her Kickstarter campaign out of the water, raising more than $500,000 for her line of dolls. And YMC was there, to cheerlead and spread the word.

I'm all over Lammily and if I had a daughter, I'd probably be the first one in line to buy her.

That said, I'm struggling to muster suitable enthusiasm at the idea of Lammily having a "Period Party." There's absolutely no shame in menstruation; but let's face it, there's no "party" either.

With the kit comes underwear, pads, a booklet, complete with calendar so girls can track Lammily's time of the month. Please note: it doesn't come with chocolate, a hot water bottle, or a string to pull to get Lammily to utter a string of creative curse words.

I was a late bloomer so I'd long moved on to boy bands by the time my Aunt Rose rocked up. Still, the idea behind Lammily is to reach girls well before they get their first period - and to prepare them as you would the apocalypse. I'm kidding. Sort of.

RELATED: This Doll With A Penis Has Shoppers In A Tizzy